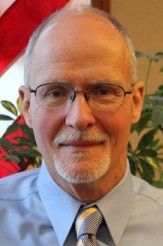 There is a vacancy because current Lt. Gov. Sheila Simon is running for comptroller and state law requires that candidates for governor and lieutenant governor collect signatures as a team in order to get on the ballot.

ÒPaul Vallas has been a friend of mine for more than 30 years. We’re teammates. We’re going to run together in what I’m sure will be a very robust campaign in the next year,” said Quinn. {{more}}

Vallas, the former CEO of Chicago Public Schools, ran for governor himself in 2002, when he lost the Democratic nomination to eventual winner Rod Blagojevich in the primary. Blagojevich later was impeached and removed from office and replaced by Quinn.

While Vallas never gave up his residence in Palos Heights, since leaving CPS he has moved around quite a bit. He has led public school systems in Philadelphia and New Orleans, and currently is superintendent of schools in Bridgeport, Conn. However, a Connecticut judge has ruled that Vallas did not hold the proper qualifications for that position so he is in danger of losing his job there.

Vallas also heads up an education consulting firm, and said during a brief telephone interview on Saturday that he had just returned from Haiti, where he makes frequent trips to do pro bono consulting work, helping rebuild schools destroyed by a 2010 earthquake.

He declined to discuss the lieutenant governor campaign in any detail before the official announcement.

With a reputation as a proven administrator with strong opinions, some observers questioned whether Vallas is suited for the lieutenant governor office, taking a back seat to Quinn.

Vallas said that he would be a good team player, and would Òsubordinate” himself to Quinn.

ÒSecond fiddle, third fiddle, second banana, fifth banana, green bananas, it doesn’t make any difference to me,” Vallas was quoted as saying. ÒI have no problem playing second fiddle or whatever instrument in the orchestra Pat wants me to play because I believe in Pat and I have confidence in him.”

While the running mates did not specifically say what Vallas’ role would be in a new administration, they stressed their experience taking on difficult tasks with a lot of missions ahead of them. Chief among them, Quinn said, would be reforming the state’s highly indebted public employee pension system.

Vallas said at the news conference that he had ideas about how to go about doing that, but needed to discuss them further with the governor.

Quinn has been pushing for pension reform in recent years, and lawmakers may be called back to vote on it in December if an agreement can be reached. But some legislators are saying privately that nothing is likely to happen during the election campaign.

Some of the strongest criticism of Vallas in recent days has come from Chicago Teachers Union officials asserting that his policies led to firings of minority and veteran teachers, and more standardized testing and charter schools.

But in Bridgeport, Vallas has said he was able to get raises for teachers without any layoffs.

ÒI see Paul as a partner, a teammate, somebody to work together with the rest of our team,” Quinn said.