February 12, 2014/Comments Off on A journey through history of Summit, Clearing, Garfield Ridge 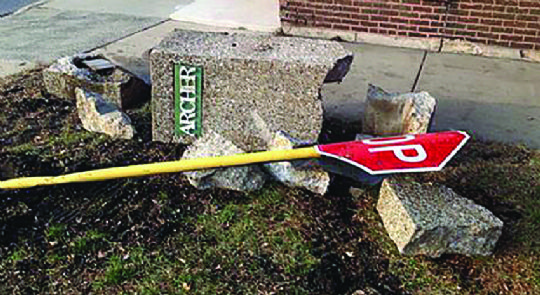 A journey through history of Summit, Clearing, Garfield Ridge

All are former names for the Southwest Side community known as Garfield Ridge.

Despite the frigid weather, more than 50 people turned out for the program to learn more about the Garfield Ridge and Clearing neighborhoods and adjacent suburb of Summit.

The area that comprises the Garfield Ridge neighborhood has long been a significant geographical and historical section of Chicago. Its boundaries included the southern point of Mud Lake, a swamp which connected the Chicago and Des Plaines rivers.{{more}}

This southern portion, which extended to 53rd Street and Oak Park Avenue, was known as Point of Oaks, named for the oak trees that proliferated the area. Mud Lake provided a significant travel route for Native Americans and the French explorers, Father Jacques Marquette and Louis Joliet, in the 1600s, said Bitunjac.

In the 1830s, a canal, now known as the Illinois and Michigan or I&M Canal, was dug to make travel more efficient.

Bitunjac pointed out that its significance to the Garfield Ridge and Summit area was such that it led to the sale of surrounding government land to speculators, such as Colonel William Archer, for whom Archer Avenue is named.

As early as 1834, Archer Avenue, also known as Widow Brown’s Road and Old Chicago Trail, was used as a stage coach route, which roughly paralleled the old southern portage route.

The creation of the I&M Canal and the stagecoach route eventually led to the settlement of Dutch farmers, canal workers and businessmen near Lawndale Avenue, between the current Sanitary and Ship Canal and Archer Road in Summit. The first railroad in the area, Chicago and Alton, ran parallel to the canal, said Bitunjac.

Beginning in the 1850s, former mayor ÒLong” John Wentworth, began purchasing about 4,700 acres of land in Garfield Ridge, as well as nearby Clearing and Summit. The prominent Garfield Ridge businessman built a large country estate at 5411 S. Harlem Ave. (where Big 4’s Chop Suey Restaurant and European Chalet now stand) and opened a farm he named ÒThe Summit Farm,” where he bred cattle and used the home as a respite from the stresses of big city life.

After retiring in 1868, Wentworth built another estate home in the block bounded by the current streets of Harlem, Neva, Archer and 54th. At that time, the entire area from the I&M Canal and present-day Central Avenue, to 63rd Street was known as Summit (or Point of Oaks), primarily for its high ground above the wet prairie, not as the municipality it is today.

At one time the western section of Garfield Ridge was considered part of Summit and the eastern part was known as Archer Limits because Cicero and Archer avenues were considered the limits of the city. The local streetcar service ended there, according to Bitunjac.

ÒNo one is sure of the origin of the neighborhood’s (alternate) name, Sleepy Hollow,” added Bitunjac.

The area known as Clearing developed in the 1870s in much the same way as Garfield Ridge. The subdivision was named the ÒLost Village” by local historian and author Robert Hill in his book “A Little Known Story of a Land Called Clearing.”

The opening of Argo Corn Products in Summit near Archer and 63rd Street in 1907 led to a major economic boom with the creation of new jobs for the growing nearby communities of Clearing and Argo-Summit.

The development of the Clearing Industrial District in present day Bedford Park, as well as the efforts of businessmen A.B. Stickney and Henry Porter, helped to bring about the rail yards, which led to the growth of major industry in the surrounding area and a spike in population.

Bitunjac said that this is what began the Clearing Industrial District, one of the first in the world.

By 1915, the area was annexed to the city. By 1927, the city was considering Clearing as the site for a new airport. In 1927, Mayor William Hale Thompson dedicated the Chicago Municipal Airport. By 1949, the airport was renamed Midway Airport to honor victories at Midway Island during World War II.

In 1910, land developer Frederick Bartlett (credited with the final renaming of Garfield Ridge) purchased land that he named the Bartlett Highlands.

For the next 10 years, he continued to develop the area and parts of Clearing into luxury gated communities. Two gate posts remain today at Archer and Nordica, as well as the northwest corner of Archer and Melvina.

The latter was the scene of a car accident this past Nov. 30 that badly damaged the 104-year old marker.

Bitunjac reported that Òefforts to restore it are ongoing” and thanked the owners of nearby Community Cleaners for their offers to help defray costs.

The Garfield Ridge neighborhood, as exists today, falls within the defined confines of Harlem Avenue to the west, Knox Avenue to the east, 59th Street to the south and 51st Street and Laramie to the north.

The Clear-Ridge Historical Society is a nonprofit organization formed in 2011 and dedicated to preserving the history of the Garfield Ridge and Clearing neighborhoods. It also maintains historical files about the surrounding areas of Summit, Stickney and Bedford Park.

For more information or to join the Society, visit http://www.clearridgehistory.weebly.com.