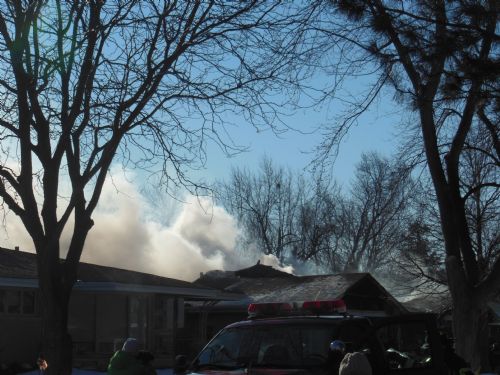 Police officials said that two bodies were found in the home and a third was discovered in the garage.

Residents said an elderly couple and their adult son lived it the home.

The cause of the fire is not known at this time. Oak Lawn police said that a thorough review of evidence at the fire will be examined.

The bitter cold at the time of the fire, temperatures were about 1 degree above zero, created problems for the firefighters on the scene, fire officials said.

Firefighters from Bridgeview, Summit and North Palos also assisted Oak Lawn firefighters in putting out the fire. Damage was extensive and included a collapsed roof and floor.

Police have not released the identities of the victims at this time. The South Suburban Major Crimes Task Force is also assisting in the investigation.

Contributing to this report was Michele Beattie