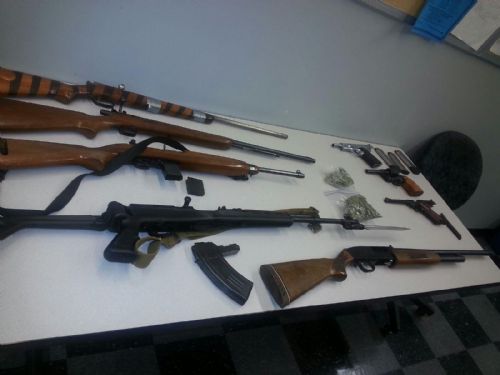 Chicago police charged a Clearing woman with felony marijuana possession after an early-morning raid Friday in the 6500 block of West 63rd Street.

According to reports, officers recovered quantities of marijuana, several rounds of ammunition and eight firearms including an assault weapon, three rifles, two semi-automatic handguns, a shotgun and revolver. She was not charged with any weapons violations.

Bail for Doherty was set at $50,000 and she bonded out of Cook County Jail on Saturday, according to the Cook County State’s Attorney’s office.

The next court hearing for Doherty is scheduled for Monday, March 10.