March 26, 2014/Comments Off on Hammer to take reins at Marist High School 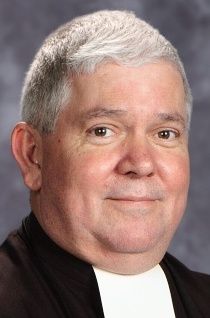 Marist High School will have a new president beginning July 1, as a longtime dean Brother Hank Hammer takes over the role being vacated by Brother Patrick McNamara.

Outgoing president McNamara has been assigned to a community in Geneva, Switzerland, that is at the service of the Marist International Solidarity Foundation and works with the United Nations.

Hammer has served Marist Chicago as academic dean at the school for the last five years. He has previously served as a teacher at Marist Chicago and Mount St. Michael Academy, and was also principal at Marist Chicago from 1993 to 1996. In addition, he served the Marist Brothers Province as vocation director, director of evangelization and assistant provincial. His experience in a variety of administrative roles and his many years of service at Marist High School will be good preparation for his new role as the school’s president.

McNamara will complete the 2013-2014 school year at Marist High School, which marks his sixth year as president in Chicago.

During McNamara’s time as president, the school has continued to flourish. Under his leadership, a turf field was installed in the Red & White Stadium and a new baseball complex for both varsity and lower levels was built in the west fields. He also made sacred spaces on the campus a priority through refurbishing the Brothers’ Chapel and overseeing the installation of a prayer labyrinth.{{more}}

McNamara also coordinated the design of the Our Lady of the Way statue and its surrounding prayer space that honors a late alum and provides sanctuary for the community.

His work with the school board helped position the school for long-term financial stability, while increasing the scholarship and financial aid opportunities for families.

He was also crucial in helping broaden the school’s foreign exchange and travel programs, which now connects Marist with schools in France, Italy and Argentina.

As a president, his relationship and connection to students was unparalleled. He was a fixture at games, events and retreats.

The president is in charge of long-term planning for the school, and oversees the development office and the school board. He helps craft strategic goal setting for the school’s future and is responsible for all facilities and financial matters regarding the school.