Skip to content
April 23, 2014/Comments Off on Video poker pays off for local communities 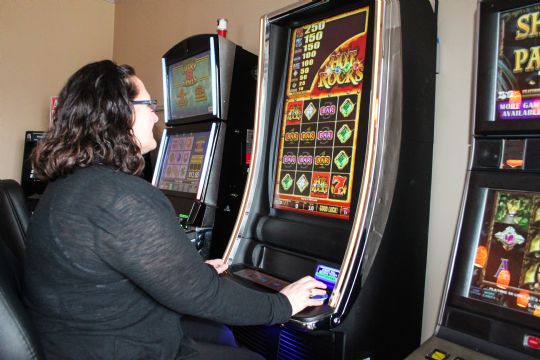 Nine communities in the Desplaines Valley pulled in more than $500,000 combined last year in the first full year video gambling was legal in Illinois.

A review of monthly reports from the Illinois Gaming Board showed that the big winner for the year was Brookfield, which earned $127, 169. The community did lose its lead in the number of gaming locations to Lyons, which surged to 14 locations compared to 13 for Brookfield.

Next in line was Countryside, which pulled in $98,472. The city increased its number of gaming locations by one in the second half of 2013 and has a few more in the pipeline for this year.

Justice remained in third place despite being the only community to lose a gaming location when Chino’s Pizzeria closed, while Lyons surged in revenues to $66,447 as the number of gaming locations in that town shot up from five to 14.

With the exception of Summit, which indicated the gaming revenue would be used for street repairs, the other communities put the gaming money into their general funds without any specific purpose in mind.

“Gambling money goes into the general fund, and we’ll use whatever we get to help with street repairs,” said Summit Mayor Joe Strzelczek.

“We haven’t directed it specifically,” said Justice Village Clerk Kathy Svoboda. “We’re looking at it for infrastructure and street repairs.”

The revenue numbers are bound to increase for some of these communities as new gambling locations open, including a number of gaming cafes that are popping up across the Desplaines Valley. Winnie’s Bistro just opened in Bridgeview and a Penny’s Place cafe is under construction in the village at 87th Street and Harlem Avenue. An Elsie’s Place Cafe has been approved for 83rd and Roberts Road in Justice.

While not exactly a cash cow, the video poker terminals have brought in money for almost every town that allows them. See accompanying chart for specific revenue numbers.

One community, Bedford Park, allows the devices but did not have applications for them last year.

Willow Springs remains the only local community to ban the devices, which trustees did after some raucous debate last summer.

Illinois enacted legalizing video gambling in 2009 as a way to generate new revenue, but allowed municipalities to opt out of the program.