May 21, 2014/Comments Off on Storm pushes Argo graduation back a week 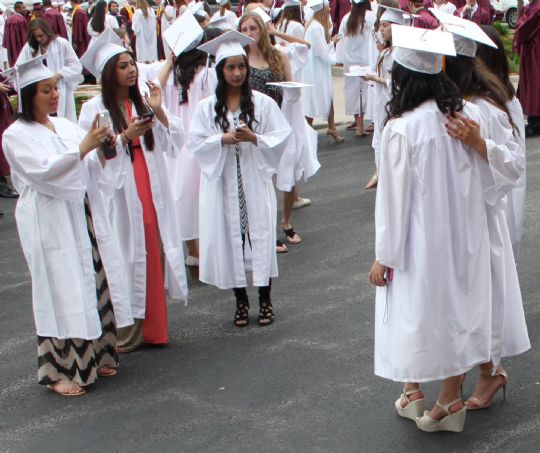 Argo’s Class of 2014 is the latest in school history to have graduation postponed due to weather.

Tuesday night’s 90th annual commencement ceremony was scheduled for 7:30 p.m. at Toyota Park in Bridgeview, but was first delayed 30 minutes because of approaching thunderstorms.

The Bridgeview Fire Department and Toyota Park officials ordered everyone out of the stands and to take cover.

The Summit high school eventually called off the graduation ceremony for safety reasons as lightning was dominating the night sky. {{more}}

Administrators said later on the school’s Facebook page that “An all-call will be made tomorrow morning with more information on how students will receive their diplomas.”

That message was updated Wednesday morning to say the commencement ceremony had been rescheduled for 6 p.m. Tuesday, May 27, and would be shifted from Toyota Park to the school’s Swanson Gym.

A similar rescheduling was arranged in 2008 after flooding cancelled commencement ceremonies.

This year’s class has about 390 students and there was an estimated 2,500 to 3,000 guests on hand Tuesday night before the ceremony was scrubbed, according to Principal David Frusher.

For questions on the rescheduled ceremony, call Jim Rodriguez, director of activities, at 708-467-5524.