July 16, 2014/Comments Off on Argo board hears proposal for education center 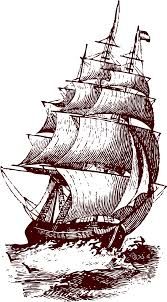 Argo School District members heard a presentation this week on a proposed Argo Therapeutic Education Center that would host alternative education programs for students from 18 to 22.

The center would host an AERO-funded program for students with severe intellectual disabilities. It would also house students in the PRIDE program, which helps students with medical issues, pregnancy or disciplinary problems.

ÒBased on the budget, this was brought to the board,” said Clark.

The classes would not be held in the high school. A location is being sought, possibly at 59th Street and Archer Road.{{more}}

Grider said other revenue sources that could help pay for the building rental included renting out some of the classrooms to outside interests and reimbursement for tuition.

There have also been talks with other school districts to see if they have students who might be eligible for the programs.

ÒWe would charge tuition and get revenue that way,” said Grider.

ÒThis would increase quality of service to students and families,” he added. “It would increase access to general education curriculum. The students would have contact with nondisabled peers.

ÒIt will increase compliance with ISBE,” he said.

District Supt. Kevin O’Meara said, ÒWe are trying to find the best location” for a building lease. ÒThe market is good right now, but we have to find the right one.”

Clark said there was “a definite need” for such an educational center.

Also at the meeting, Dallis Anderson, president of Summit Park District and a member of the community task force, said he had written a letter to the school board asking to volunteer for work during the school year as a liaison to student athletes for college curriculum and contacts for scholarships.

ÒI know counselors are here for this. I would like to work with the counselors,” he said. ÒI would like to start in the upcoming school year. I have been working with kids at Argo for 22 years, tutoring, mentoring and recreational programs.”

Board President Terrence Pappas said the request would be discussed.