July 16, 2014/Comments Off on LTHS school board names Rosinsky as new member 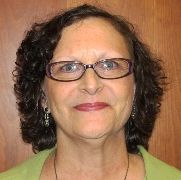 The Lyons Township High School Board of Education recently selected Barbara J. Rosinsky, of LaGrange, to fill a vacancy.

Rosinsky will serve the remainder of Mark Pera’s term of office, which expires in April. Pera announced last month that he was moving out of the district. His last official day was June 16.

Rosinsky is a 19-year resident of LaGrange. She earned a bachelor’s degree in microbiology from Indiana University. Before deciding to stay home to raise her children, she worked as a genetic counselor and supervisor of the Molecular Genetics Laboratory at The University of Chicago for six years and worked in a similar capacity at Northwestern Memorial Hospital for eight years. {{more}}

Rosinsky is a mother of three children: a 2014 LT graduate, a 16-year-old and a 13-year-old. She has volunteered in several capacities at District 102, from 11 years as a Room Mom to a Parent Teacher Council volunteer. She also has extensive community service experience, having served on the Citizen’s Council of LaGrange and the District 102 Delegate Assembly both for one year.

In addition, she served on the Board of the Chicago Area Families for Adoption for five years and for nine years on the LaGrange Little League in a variety of positions, including Baseball Player Agent, Secretary and All Star Player Agent.

In 2007, she started the Challenger League, which provides opportunities for children and young adults with physical or mental disabilities to enjoy the game of baseball and to build confidence and meaningful friendships. In just seven seasons, the program has grown to include 57 kids on the roster with an additional 90 Buddies who volunteered to help.

ÒThe Board of Education is very excited to have Ms. Rosinsky join us,” said board Vice President John Polacek. “We believe she is a well-rounded person with a long history of service to the youth of this community. She is passionate about education and wants every student to reach their full potential. LTHS is lucky to have her on the Board.”

ÒWe are very fortunate to live in a diverse, vibrant community with wonderful schools and socially conscious residents,” Rosinsky said. “As the mother of a three children, each with very different needs, I have gained a deep understanding and an appreciation of the challenges and academic issues facing teachers and administrators. I hope to be an advocate for all our children and to foster educational growth for all students.”

According to Supt. Timothy Kilrea, the board received five applications to fill the vacancy. School Board members interviewed all applicants and unanimously selected Rosinsky.