Skip to content
January 23, 2015/Comments Off on Papa Joe’s to move from Oak Lawn to Chicago Ridge 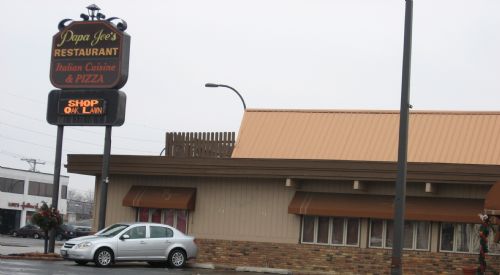 Papa Joe’s to move from Oak Lawn to Chicago Ridge

The Original Papa Joe’s restaurant will soon be moving from its longtime home at 10745 S. Cicero Ave. in Oak Lawn to new digs in Chicago Ridge.

Joe Agate, owner of Papa Joe’s, said the restaurant would be moving into the former O’Connor Pub at 5900 W. 111th St., which closed earlier this month.

ÒProbably by the end of February,” said Agate. ÒWe’re in the process of doing some remodeling and putting in a carry out department.”{{more}}

Agate said the timing was perfect for moving the restaurant, which opened in 1982.

ÒThey were up for sale and we were ready to buy,” he said.

He said he recently sold the Oak Lawn building to an investment firm. ÒI’m not sure what they plan to do with the building,” he said. ÒIt’s not going to be a restaurant.”

He said the new location will be slightly smaller, about 120 seats compared to 150 seats at the Oak Lawn restaurant. But everything else would remain the same.

ÒWe will have the same owner, same staff and the same menu,” he said. ÒEverything will be the same as it is now except we’ll be in Chicago Ridge. It’s three minutes away from our Oak Lawn location.”

Agate said word of the move has been misinterpreted.

ÒSome people think we’re closing, and we’re not,” he said. ÒThe uncertainty hurt our gift certificate business over the holidays. Nobody wanted to buy a gift certificate if we were going to close.”

He said he would keep customers apprised of the move on the restaurant’s Facebook page at The Original Papa Joe’s.

Until then, it’s business as usual.