January 29, 2015/Comments Off on Argo school board member Chris Pluta dies at 52 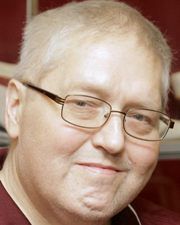 Longtime Summit resident Chris Pluta, who was a school board member for Argo High School and vice president of the Summit Library District board, died suddenly Monday from complications from diabetes. He was 52.

Mr. Pluta was well-liked by everyone who knew him from his many years in the community.

“Chris was a champion for Argo and for the students,” said Argo District 217 Supt. Kevin O’Mara, who worked with Mr. Pluta after he was elected to the school board in 2011. He was running for re-election in April.

“He wanted to make Argo the best high school in Illinois,” added O’Mara. “He will be missed.”{{more}}

Mr. Pluta graduated from Argo in 1980 and eventually returned years later as an English as a Second Language teacher. He held similar positions over the years at Proviso, Lyons Township and Morton high schools and the Emiliano Zapata Academy in Chicago.

“Chris was well liked and respected by dozens if not hundreds of current and former students, mostly Latino,” said his brother, Jim, a former editor of the Desplaines Valley News. “He was quick to proudly boast about the many success stories he helped mentor over the past 25 years, from corporate and organizational CEOs to business owners, artists, writers, principals and even fellow teachers.”

Mr. Pluta was a former member of the Summit School District 104 Board of Education as well as the National Hispanic Institute and The Leader Shop, formerly Community Extension Project in LaGrange, said his brother.

He also was vice president of the Summit Public Library Board.

“So many people in the town of Summit looked up to him,” said Summit Library director Hadiya Drew. “He always had a lot of ideas for the library.”

She said he was “fun to work with but also very focused on making the library better.”

Mr. Pluta, a nearly 20-year Summit resident, was born and raised in Justice as one of four boys, children of the late Edwin and Helen Wasz Murphy Pluta.

“As a youth, he did everything from delivering newspapers and eggs to playing catcher in the now defunct Justice/Willow Springs Little League,” his brother said.

As a student at Argo, he was an active member and former leader of the student-operated WARG FM Radio station and a sound engineer for the theatre arts program. In later years. He helped form the WARG Alumni Association.

As a multilingual teacher, Mr. Pluta was most proud of his work with the National Hispanic Institute, which schooled secondary Latino students in valuable leadership skills in conjunction with Loyola and DePaul universities in Chicago.

Mr. Pluta, a lifetime Chicago Cubs fan, was to host a 25th anniversary celebration of the local NHI chapter in March.

Other survivors include older brothers Joe and Bill; a nephew, Mike, as well as many close friends, cousins, an aunt and an uncle.

Visitation will be from 3-9 p.m. Thursday, Jan. 29, at Damar-Kaminski Funeral Home in Justice. The funeral will be at 10 a.m. Friday at the funeral home. Burial will follow at Resurrection Cemetery.

A fundraiser has been organized in Mr. Pluta’s honor and to help his family with any unforeseen funeral expenses.

Organizers are looking for items to raffle off at this fundraiser, and would also like to establish a scholarship in Mr. Pluta’s honor.