February 27, 2015/Comments Off on Madigan forms task force to focus on violence prevention 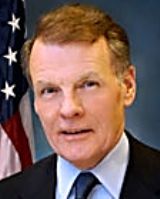 House Speaker Michael Madigan (D-22nd) has formed a Violence Prevention Task Force to work with mental health professionals on finding ways to give children who may suffer from mental illness the help they need, strengthening security for families and communities.

The task force held its first meeting on Monday. Democratic members of the bipartisan panel appointed by Madigan, with various backgrounds and representing many different areas of the state, are state Reps Jerry Costello of Smithton, Will Davis of Homewood, Elizabeth Hernandez of Cicero, Rita Mayfield of Waukegan, Marty Moylan of Des Plaines, Michelle Mussman of Schaumburg and Mike Smiddy of Hillsdale. House Republican members of the task force are scheduled to be named soon, according to Madigan.

ÒEvery family in Illinois deserves security in their communities, in their homes and in their children’s schools,” Madigan said. ÒWe need to do our best to help provide that security and do everything we can to avoid the violent nightmares suffered by too many towns and families across the country.”

In his inaugural address in January, Madigan referenced a report released in November 2014 by the state of Connecticut’s Office of the Child Advocate that pointed out several missed opportunities by doctors, educators and mental health professionals in getting 20-year-old Adam Lanza, the gunman of the Sandy Hook Elementary School shooting, mental health treatment.

On Dec. 14, 2012, Lanza forced his way into the school in Newtown, Conn., and shot and killed 20 children and six educators before killing himself.

Madigan called for the creation of a bipartisan panel of House members, chaired by state Rep. Greg Harris (D-13th), to work with mental health experts in studying the state of Connecticut’s report on Lanza and determining what proactive steps the state of Illinois could take to help prevent a tragedy like Sandy Hook in Illinois. State Rep. Robyn Gabel (D-18th) will serve as the panel’s co-chair.

ÒActs of violence occur all too often in our communities. Sadly, mental health and crime are increasingly intertwined, and a comprehensive approach by the Legislature is timely and necessary,” House Republican Leader Jim Durkin (R-82nd) said.

ÒOur memories are filled with the names of towns like Newtown, Conn., and Littleton, Colo., because of the tragic school shootings that took place there,” Madigan said. ÒNo community should have to suffer how those communities and families have suffered. Our goal is to give children with mental and emotional troubles the help they need before it’s too late.”