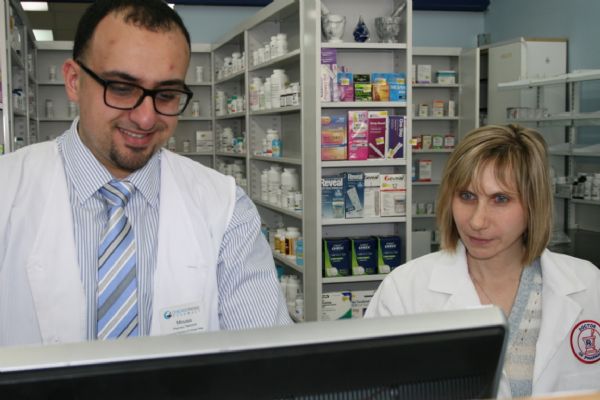 Jawad Hamdan, who opened the Garfield Pharmacy last month, is proud to be continuing a neighborhood tradition.

ÒI wanted to maintain an independent pharmacy in the area,” said Hamdan.

Garfield Pharmacy, 6456 W. Archer Ave., Chicago, is now the fifth pharmacy that Hamdan has opened. He has locations in Chicago’s Little Village, Pilsen and Gage Park neighborhoods, and in Chicago Ridge.

ÒIt’s an area that got my attention,” said Hamdan. ÒIt was already set up to be a pharmacy. I like the area. It is very quiet and multicultural. We have a lot of people coming in who are Polish and Mexican. It is very steady.”

Hamdan said the people he has met are hard-working and loyal. They like the idea of an independent pharmacy where they feel comfortable and get to know the pharmacists and other employees. Hamdan said it is a connection to the neighborhood.

Currently, Hamdan has four employees at Garfield Pharmacy. He is looking for someone who can speak Polish. Hamdan’s goal is to eventually have 10 employees, which is about the number he has at each of his other locations.

Plans for a grand opening will take place when the weather improves, Hamdan said. He has tentative plans for music and will give out free gift bags.