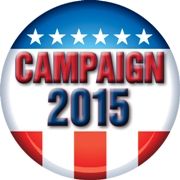 Neil DeSimone won election to the LaGrange Highlands School District 106 Board of Education by two votes over Chris Johnson after both mounted write-in campaigns in the April 7 election.

Both ran as write-in candidates after only two candidates filed nominating petitions for three seats on the school board.

Incumbent board members Reta Strecker and Amy Jo Wittenberg chose not to seek re-election. Wittenberg was elected to the Indian Head Park Village Board two years ago.

Hiatt, Fessett-Gusentine and DeSimone were sworn in at Tuesday night’s school board meeting.

In Pleasantdale School District 107, Michael Rak won his write-in campaign against Stanley Piskorski by a more comfortable margin in the April 7 election.

The four new board members will be sworn in at the district’s May 20 school board meeting.

The district is made up of portions of Burr Ridge, Countryside, Indian Head Park, Willow Springs and unincorporated Cook County.

Write-in votes were recorded in several elections that were lacking the required number of candidates, including the Forest View and Justice park district boards, Hodgkins Library District board and Willow Springs School District 108 board.

Only candidates who filed their intent to run as a write-in candidate were eligible for election, Scalzitti said.

The boards in question have to appoint candidates after the April 7 election results are confirmed.

The District 108 board set interviews for interested candidates for Tuesday’s meeting and was expected to fill the two vacancies during the meeting.