May 7, 2015/Comments Off on New Lyons SD 103 board president promises big changes 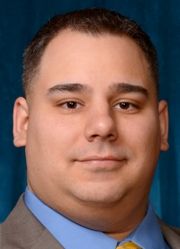 The four new members of the Lyons School District 103 Board of Education made their presence felt at their very first meeting Monday night.

Three of the members, who ran together in the April 7 election, took over as board president, vice president and secretary at Monday’s reorganization meeting.

“We have to get the ball rolling,” said Bennett promising to undo some of the last actions of the previous school board. “We tried to get it started last week, but the previous board locked us out.”

The new regime is wasting no time in reversing some of the previous board’s decisions and has scheduled a meeting for 8:30 p.m. tonight at the administration center to replace its attorney and get rid of two interim school superintendents.

“I have to figure out exactly what is going on with the superintendent,” Bennett said.{{more}}

Supt. Mary Jo Vladika announced before the April 7 election that she would forgo the remaining two years on her contract and retire at the end of the school year in June.

Bennett said she was “working from home, whatever that means.”

He said the previous board hired new interim superintendents, Patrick Patt and Griff Powell, to split the day-to-day operations of the office at a rate of about $800 per day.

“We’re going to get rid of them at Thursday’s meeting,” he said Tuesday. “They may have resigned. We’ll sort it out Thursday. Then we will hire Kyle Hastings as the new interim superintendent, though I’m not sure when he will start in that capacity.

“I’m looking into exactly when the transition will take place,” he said. “Then we’ll start the process of finding a permanent replacement as superintendent.”

Bennett said the new board also planned to dismiss the Robbins Schwartz Law Firm and replace it with Odelson & Sterk as board attorney.

Bennett said he was happy to see a big crowd at Monday’s board meeting.

“I’d say we had at least 150 people,” he said. “That’s good to see even if they don’t agree with us. I want to see more parents involved in the education process.

“We want to make positive changes and we want to improve test scores and school ratings. I think we can accomplish that with Mr. Hastings.”

Bennett said he hoped the remaining holdover board members would work with the new board majority.

“This is a big change for everyone,” he said. “I hope they will work with us. We’ll have to see how they adjust to the way we plan to do things.”

The board will also have to hire a new principal for George Washington Middle School in Lyons to replace Johnnie Billingsley who will be leaving at the end of the school year for a new position as principal at Old Quarry Middle School in Lemont-Bromberek Combined School District 113A.

George Washington is the largest school in the district, which takes in about 2,600 students from Lyons, McCook, Stickney, Forest View and Brookfield.

“I announced I’d be leaving on March 25,” he said. “My new job is closer to home and I’ll be able to be more active with my daughter, who’s in middle school,” said Billingsley, who lives in Orland Park.