May 7, 2015/Comments Off on Willow Springs SD 108 fills board vacancies 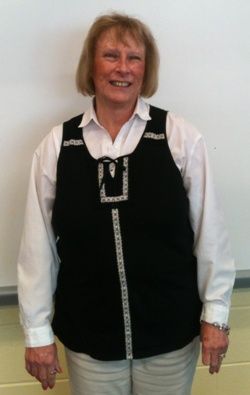 One of those new board members was Cindy McSweeney, who ran unopposed for one of three seats up for election on April 7.

When asked if she had voted for herself by a fellow board member, McSweeney joked, ÒI wanted to make sure I got one vote.”

The two remaining seats were filled last week by appointment by the board. Renee Ristic and Jessie Estrada sent letters of interest to the board for consideration and each gained a seat on the school board.

During the meeting, Assistant Principal Lori Smuda had her contract extended through fiscal year 2016.

ÒI will work very hard,” she said. ÒIt’s a great place to work.”

The board also debated student fees for the upcoming fiscal year.

Supt. Frank Patrick noted the current fee is $75 per child with many Òwaived or reduced.” He noted schools to the north of the district had higher fees, while schools to the east and south were less.

Board member Mary Ellen Weeg said, ÒFew are paying the bulk,” but added, Òfamilies that can pay should.”

Member Kim Radosevic asked if the school could lower the fee or have a sliding scale for large families.

Ciota said, ÒIf you have some investment, you may be more invested in what goes on.”

Weeg noted there were no fees for extracurricular activities.

ÒI would rather have people pay up front (rather than per activity),” she said.

Jareczek agreed, ÒAll kids are equal,” referring to families that would not be able to afford the activities.

The board decided to keep the fee at $75 with a $20 discount for early registration.

Jareczek voted against the motion.