July 16, 2015/Comments Off on Nazareth students selected for all-state production 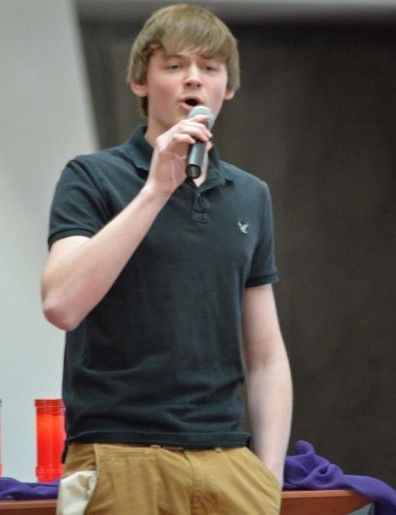 Nazareth Academy students Kyle Norbut , of LaGrange, and Evan Sellas, of Palos Heights, were recently selected to be part of the Illinois High School Theatre Festival’s All-State 2016 Production of ÒRent” at Illinois State University in January.

In June, Norbut and Sellas auditioned with the best and most talented students from Nazareth, and from across the state of Illinois. Both young men were chosen to perform in the ensemble of the annual show, which is a highlight of the weekend Theatre Festival. Norbut also has the role of ÒThe Man.” The student-actors will give up several weekends over the next six months to rehearse with students from across the state.

Both young men have been featured on the Nazareth stage including starring roles in the recent ÒMary Poppins” in which Norbut played Mr. Banks and Sellas played Burt. This is the first time since 2009 that Nazareth students have been chosen for show.

Nazareth Academy, a Catholic, coeducational, college preparatory high school serving families from 55 communities and 115 grade schools in Chicago and the western suburbs, established in 1900 and sponsored by the Congregation of St. Joseph, values scholarship, service, spirit, and unity.