August 21, 2015/Comments Off on LTHS to fill vacant board seat after Shapiro resigns 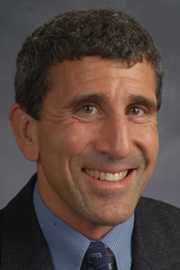 LTHS to fill vacant board seat after Shapiro resigns

Lyons Township High School District 204 is seeking candidates to fill the school board seat vacated by the resignation of board member Todd Shapiro, effective Aug. 18.

The board must appoint someone to fill Shapiro’s seat until the next election in April 2017.

Shapiro was first elected to the board in 1995 and served until 2007. He ran again for the board in 2009 and has served LT ever since.

During his tenure on the board, he worked in many capacities. He was secretary in 1995, vice president in 1997 and president from November of 1999 through November 2001. He chaired the finance, curriculum and technology committees and also served on both the negotiations and facilities committees.

Supt. Tim Kilrea said, “Todd is a fierce advocate for education and for all students. His expertise in finance has helped the district continue to spend and save wisely for nearly two decades. It has been my pleasure to work beside such a dedicated leader. He will be sorely missed.”

Residents interested in applying for the position must be at least 18-years-old, have lived in the district for at least one year and be registered to vote.

Candidates interested in applying for the appointment may download a Candidate Application Packet off the LT website at www.lths.netBOE or may pick up a packet from Clerk of the Board Joyce Marine in the superintendent’s office North Campus Room 105, 100 S. Brainard Ave., LaGrange.

For additional information, contact Marine at 708-579-6451 or via email at [email protected]

Applications must be received by Marine no later than 3 p.m. Thursday, Sept. 3. Late applications will not be accepted.

A special board meeting will be held in September, when candidates will be interviewed during a closed session.

An appointment is expected to take place at the board meeting on Sept. 21.