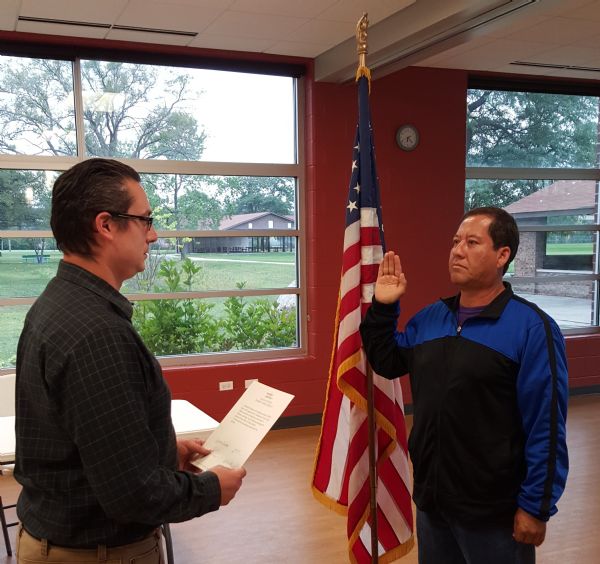 Summit Park District commissioners voted unanimously last month at a special board meeting to appoint Rodolfo “Rudy” Santoyo to fill the vacancy on the board that was left when Dallis Anderson resigned after winning his seat on the Argo Community High School Board of Education in April.

Torres said seven people applied for the open seat on the park district board. Santoyo will serve Anderson’s unexpired term, which runs until 2017.

Santoyo has lived in Summit for 33 years. He has been very involved with the community and the park district over the years. He is a member of the Neighborhood Watch, assisted with coaching the Golden Eagles Soccer Program, and was a commissioner on the Village of Summit 125th Anniversary Committee.

Santoyo is married and has three children.