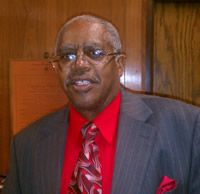 A wake will be held from 3-4 p.m. Sunday at Shiloh Missionary Baptist Church, 7661 W. 63rd Place in Summit. Funeral services will be from 4-5 p.m. at the church. Burial will be Monday at 11 a.m. at Lincoln National Cemetery in Elwood.

Mr. Modiest, a lifelong resident of Summit, was first elected to the village board in 2003. He previously served 12 years as a school board member at Summit District 104.

“He was always there for other individuals,” said Mayor Sergio Rodriguez, who served as a trustee alongside Mr. Modiest since 2005. “He was a veteran member of the board. He worked a lot to develop Summit with various businesses.”

“We are still in shock from the loss,” said fellow trustee Marvel Parker. “He was the chairman of community development when I came on the board. We worked for 13 years together. He was amicable. He did get along with everybody. That’s not easy to do.”

He worked for 10 years at Corn Products in Bedford Park after starting in the mail room and then worked for 30 years at Golden Grain Macaroni Co. in Bridgeview.

In his official biography, Mr. Modiest said he was very proud of the accomplishments of the Summit Village Board while he was a trustee. These included increased services for Summit’s senior community, the Summit Senior Homes project, the new Kronos payroll system, the Spillman Technologies software for the police department and the 63rd Street TIF Beautification Project.

Mr. Modiest and his wife Gloria were married in 1967 and had three children, Robert, Raquel and Ryan.

By PETER HANCOCK Capitol News Illinois phanco[email protected] SPRINGFIELD – Gov. JB Pritzker will call a special session of the General Assembly in the coming weeks to focus on legislation to strengthen women’s access to abortion and other reproductive health services in Illinois. Pritzker made that announcement Friday, just hours after the U.S. Supreme Court released…