January 29, 2016/Comments Off on Muslim group from Bridgeview to open mosque in Palos Park 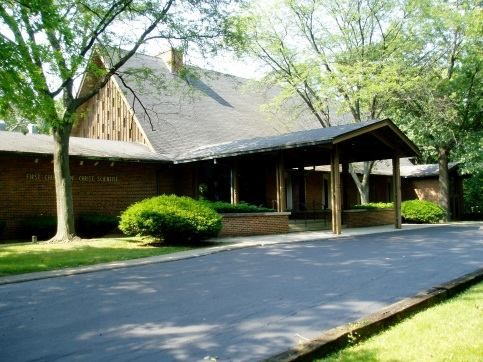 Muslim group from Bridgeview to open mosque in Palos Park

A national Muslim organization with a chapter in Bridgeview has purchased a vacant church in Palos Park and intends to turn the building into a mosque. It would be the fourth Muslim prayer center in the southwest suburbs.

“It will help ease up some of the crowding at area mosques,” said Hussain Ata, president of the Bridgeview chapter of the Muslim American Society, a nonprofit organization founded in 1993 and headquartered in Falls Church, Va. The group held its 14th annual convention at McCormick Place in Chicago in December.

Ata said Palos Park employees had finished occupancy inspections at the church, which has been zoned for use as a house of worship since 1960.

Ata said there would be some minor remodeling and a new sprinkler system added to the former First Church of Christ, Scientist at 12300 S. 80th Avenue, before the site would be used for daily prayers. He said he estimated 300-400 people might use the prayer center at any given time.

Islam requires Muslims to pray five times a day. Ata said the mosque would be open to any Muslims for prayers.

“We will change some of the carpeting. Update the fire system. Do some painting. Mostly cosmetic changes,” said Ata, who lives in Orland Park.

“Our main focus will be to make it ready for prayers,” he said. “Hopefully by the summer.”

Under the terms of the special use permit granted by Palos Park in 1960, the special use as a house of worship carries forward with the property and does not revert back to the original zoning, which was single-family residential, according to Village Manager Rick Boehm.

A memory care provider organized, promoted and held a public meeting at the church last year to air its plans to build a memory care residential facility at the church site, but strong opposition expressed by residents at that meeting dissuaded the prospective buyer from going ahead with its purchase.

The heavily wooded former church site, which contains a large parking lot, is on the southwest corner of the intersection, across the street from a Shell gas station at the southeast corner and Palos Community Hospital at the northeast corner.

Jack Murray, editor of The Regional, contributed to this report.