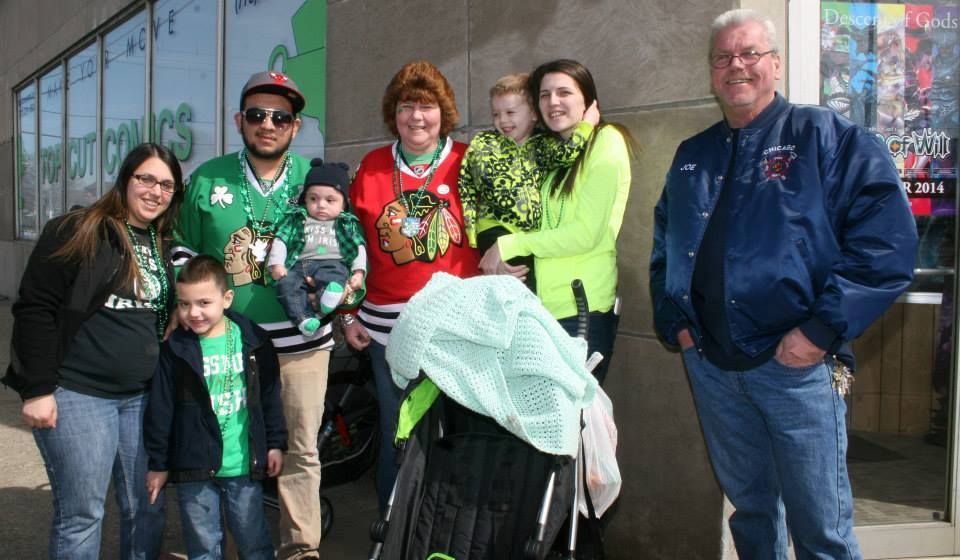 A city neighborhood not known for Irish identity will host an Irish-themed parade for the second year in a row.

The Clear-Ridge Social Athletic Club (SAC)’s parade is scheduled to step off at noon Saturday, March 12 at St. Daniel the Prophet School, 53rd and Natoma, march east to Narragansett and then south to Wentworth Park.

“This is not a big parade–no politicians or businesses–but it’s a good parade focused on families, on what makes Garfield Ridge such a great place to live,” said SAC member Al Cacciottolo, who announced the event at a recent meeting of the Garfield Ridge Chamber of Commerce. “It’s truly a parade for the people.”

While Garfield Ridge has never been thought of as an Irish bastion like the Mount Greenwood neighborhood, it has its sons and daughters of Erin, as several locals recently noted while shopping at Jewel-Osco on Archer.

“When you think of Garfield Ridge, you don’t think of green, you think of the red and white,” smiled Katie McLaughlin, referring to the colors of the Polish flag. “But we Irish are here in the neighborhood. We don’t have the numbers to be big or loud like in Beverly, but that’s OK. We’re proud nonetheless.”

“When I walked a precinct around here years ago, you’d look at the polling list and you’d see Grabowski, Kowalski, Hernandez, Fernandez and Kozlowski,” he laughed. “Then you’d stumble across an Irish name like Murphy and say, ‘Hey, where’d you come from? Are you lost?'”

But Saturday’s parade will be much more than a celebration of St. Patrick or all things Irish.

“This is a day for us all–on Saturday, we’ll all be Irish for a day,” said Lisa Kwiat. “Last year’s parade was a lot of fun, just a simple celebration of ourselves, of our neighborhood. I’m sure this year’s will be the same, and I’m glad the SAC is putting it on again. I don’t want to have to go downtown or to Western Avenue or to some suburb to have a little St. Patrick’s Day fun.”

The weather forecast for Saturday calls for unseasonably warm temperatures in the 60s, but overcast and with a chance of scattered showers.