Skip to content
September 15, 2016/Comments Off on Argo High School may be looking to buy Wharton building 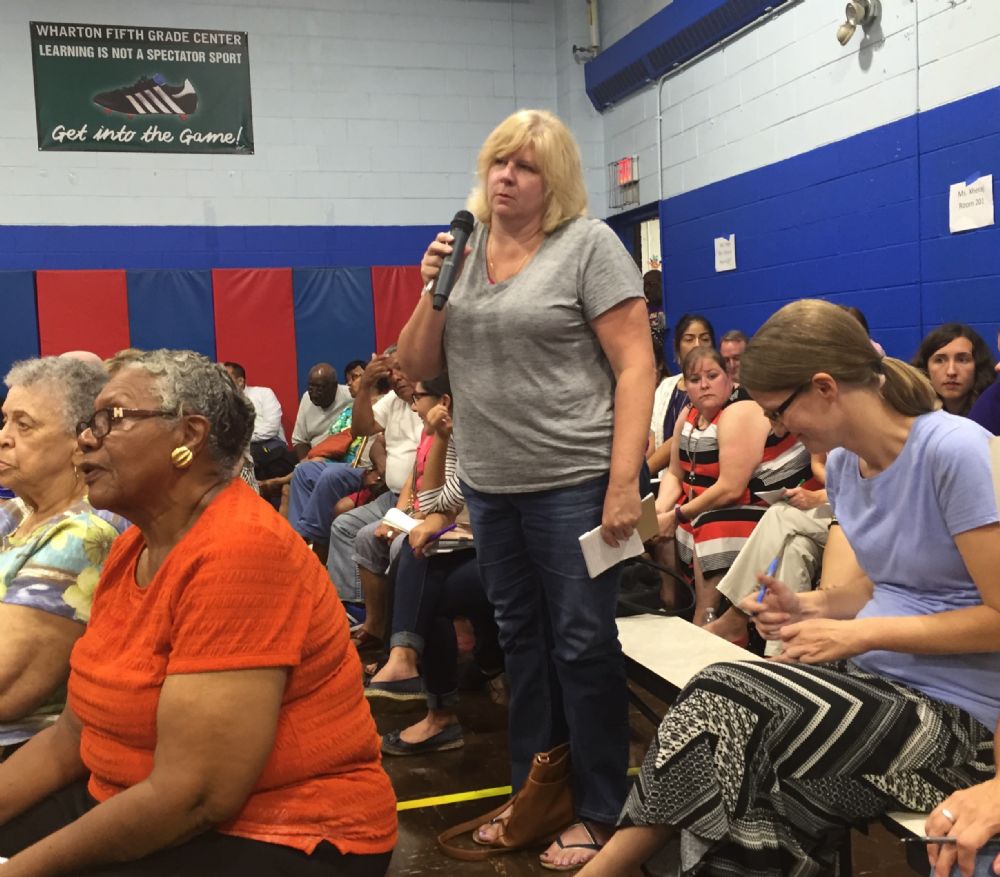 Argo High School may be looking to buy Wharton building

While the future of Wharton School remains in doubt, one thing that is certain is Argo High School is one of two possible suitors.

Two members of the Cook County School District 104 school board confirmed, on condition of anonymity, that the nearby high school has had talks with school district officials about buying the building.

Argo Community High School District 217 Supt. Kevin O’Mara said it was too soon to say that the high school board was interested in buying Wharton.

ÒWe have had conversations and we’ve walked through the building. Our architects have reviewed the plans. We are exploring every option. It’s too preliminary to say we are interested in buying it. We are gathering information. We want to be sure it works for our taxpayers and, most importantly, our students,” O’Mara said Monday.

Selling Wharton to the high school, located a few blocks east, would fall within guidelines set by the District 104 board, which wants to sell the 105-year-old building only to an entity that would continue using it for educational purposes.{{more}}

ÒI’d hate to see a historical building like Wharton be used for anything other than public education,” O’Mara said.

District 104 sources declined to identify the other suitor for Wharton. They declined to estimate the building’s value.

The potential sale of the Wharton building, which would provide funds needed to add fifth-grade classrooms at Graves, Walker and Walsh schools, was a hot topic at a Sept. 8 community meeting. An overflow crowd filled the gymnasium at Wharton, 7555 W. 64th St.

The vast majority that night opposed selling the building. Some want it to remain as it is, for fifth-graders only. Others hoped to see it return to being a kindergarten-through-fifth grade school. At times, things got heated as impassioned pleas were made.

Bridget Ormins, a former school board member, said Òthe people are passionate” about keeping Wharton open as a neighborhood school.

ÒAll our buildings are historical and they all have a lot of meaning. I’m a little concerned because Summit just built a lot of multifamily homes, so we’ll see how many families move into those places,” Ormins said. ÒI’d like to keep it open. I do get the points on both sides. The state is not funding education like it should, but my grandfather went to school here.”

She is worried that there’s no guarantee Wharton would still be used for education, but board members assured her no sale would be made without that stipulation.

Board vice president Sergio Garcia said he’s heard from parents upset that their children are enrolled in three different schools. Not having a fifth-grade-only school like Wharton would allow the district to have classes through fifth grade at Graves, Walsh and Walker. A new maintenance building would be built at Graves along with a larger cafeteria.

Walker would get a new, more secure entrance Òwhich it does not have now,” Whalen said.

Ideally, the sale of Wharton would be approved by November, giving the district time to make needed renovations at the other schools in time for the 2017-18 school year, Whalen said.

ÒThey only thing I can tell you is it has to stay a school or an educational institution. Second, keep the name in some way. That’s important to the community,” Garcia said when asked about Wharton’s future.

The school district would save $310,000 per year by closing Wharton, Supt. Troy Whalen said. That money would be used to renovate space at Graves, Walker and Walsh schools creating the new fifth-grade classes.

The jobs of a principal, secretary and custodian would be eliminated, as would annual utility bills, he said, but no teachers would lose their jobs.

ÒThis building has been here 100 years. Well maintained. Well built. To dump it in a month? That’s disgraceful. Shame on all of you,” he told the board. ÒThis school has been in this neighborhood for 100 years and it’s a shame you want to yank it out. That’s demeaning to the people of this neighborhood.”

One man wondered Òwhat is so wrong with the building that we have to get rid of it?” He added that residents will remember Òcome election time” which board members approved of the sale.

Several others spoke fondly of receiving a quality education at Wharton. One called it Òthe best years of my life.”

Many said they’d like to see it continue serving fifth-graders, saying it prepares them for classes at Heritage Middle School.

Summit resident Ted Bojanowski said he had a plan for a future use of the building, but did not share specifics.

One parent, Marielus Rodriguez, who did suggest it be used for after-school educational purposes found herself shouted at by several opponents.

ÒI’ve never seen a school before that was just for fifth-graders. It never made sense to me, which is why I’m for (the sale). This building could be used for after-school activities. Why don’t we work on this as a community? There would still be learning going on here after school. We’ve got to work together,” said Rodriguez, whose daughter attends Walsh.

A younger daughter would attend Walsh and Rodriguez rather would see both in the same school building Òthen going back and forth.”

Parent Angelica Romero worried that there will be too many students in classrooms if Wharton is closed, but Whalen said that would not be the case. Three fifth-grade classrooms would be moved to Graves, with two each at Walsh and Walker, Whalen said.

School District 104 Board of Education president Joseph Kaput said comments from the meeting would be part of the board’s decision making for the future of Wharton.

ÒThere are a lot of valid points. You weigh the pros and cons, and try to make an educated decision,” Kaput said. ÒTo get the money needed to help the other schools is the only reason to sell this school.”