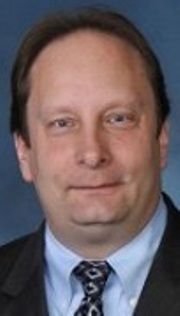 Ed Moody, of Chicago Ridge, was selected Oct. 8 as the unanimous choice to become the new Cook County Board of Commissioner for the 6th District.

He is replacing Joan Murphy, who served on the County Board since 2002. She died Sept. 18 after a long bout with breast cancer. She was 79.

Moody, the Worth Township Highway Commissioner, was selected over several other candidates at the Leonard Robinson Family Center in Richton Park. He made his presentation before a panel of eight 6th District committeemen.

The other candidates were Antoine Bass, of Richton Park, president of the Rich Township High District 227 School Board; John A. Daly, of Oak Forest, vice chairman of the South Suburban College Community College District 510 Board; Donna Miller, of Lynwood, who works in the biotech/pharmaceutical industry and is the wife of former 29th District state Rep. David Miller; Tricia Murphy, of Crestwood, daughter of Joan Murphy; Ed Paesel, of Sauk Village, executive director of the South Suburban Mayors and Managers Association; and Crestwood Mayor Lou Presta.

Committeemen stated that Moody was replacing someone who was elected from Worth Township by voters in the last election. Committeemen believe that Moody meets the choice of the voters from the area.

“There were a lot of good, strong candidates that were considered,” said Thornton Township Committeeman Frank Zuccarelli. ÒWe felt that Mr. Moody was the total package for the 6th District.”

Moody’s credentials include serving as the chairman of the Worth Township Fair Housing Committee, past president of Chicago Ridge School District 127_, and president of the governing board for the Eisenhower Special Education Co-op.

Committeemen also pointed out that that he has worked with elected officials in all areas represented by the district. He is familiar with the budget needs of the district and how the county budget impacts the local municipal and township budgets, the committeemen added.

ÒI think that going down to Springfield, I would have some advantages that maybe some others don’t,” said Moody, pointing to his 25 years go managing campaigns and getting out the vote.

Moody and Vicki, his wife of 21 years, reside in Chicago Ridge. They have raised their nephew Ryan for the last 13 years. He is an administrator with the chief judge at the Bridgeview Courthouse. He is a former technician engineer for the Cook County Highway Department.