November 10, 2016/Comments Off on Coast Guard to store boat at Summit firehouse 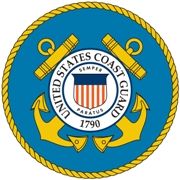 The Summit Village Board on Monday night officially approved an agreement that will allow the Coast Guard to station a boat at the firehouse on 59th Street, giving it access to the Chicago Sanitary and Ship Canal.

The Coast Guard will provide several perks to the village instead of paying rent, officials said.

The Coast Guard will have a seven-week classroom boat crew training class for Summit firefighters starting in February; will provide on-water training when the boating season start; and offer boat safety classes for a minimal fee to Summit residents.

Being stationed in Summit will allow the Coast Guard to have access to the canal and monitor barge traffic on the busy canal, and be able to respond quickly to any on-the-water emergencies there.

Village officials are pleased to have the arrangement, noting that Summit’s boat dock on the canal is readily available for use by the Coast Guard. And, there’s enough space in the firehouse to store the boat, Fire Chief Wayne Hanson said.

ÒThey offer lessons and classes, inspect peoples’ boats. I think it’s a beautiful situation for the residents. It’s a terrific thing,” he said. ÒI figure the boat will be a 20- or 22-footer.”

The village closed its boat dock on the canal last year, but Mayor Sergio Rodriguez said Summit may consider reopening that in the future.

ÒWe are the nearest access to the waterway to the city of Chicago. The other closest is in Worth,” Rodriguez said of the Coast Guard’s interest in Summit.

ÒThis is something that’s good to have just in case something should go wrong on the canal,” the mayor said.

Hanson agreed, saying Òit’s a good partnership with them, having the waterway access. It’s a good rapport with the people. You can’t go wrong.”

In other business Monday night, the village board approved a payment of $125,147.97 to Chicagoland Paving Contractors for completion of street paving work; made a final payment of $1,685 to Delta Demolition for tearing down a former dry cleaners on 63rd Street; and approved a Tag Day for Nov. 18-19 at Archer and Harlem and at Harlem and 63rd Street for the Family Outreach program.