January 12, 2017/Comments Off on Argo hires new superintendent from Fenton High in Bensenville 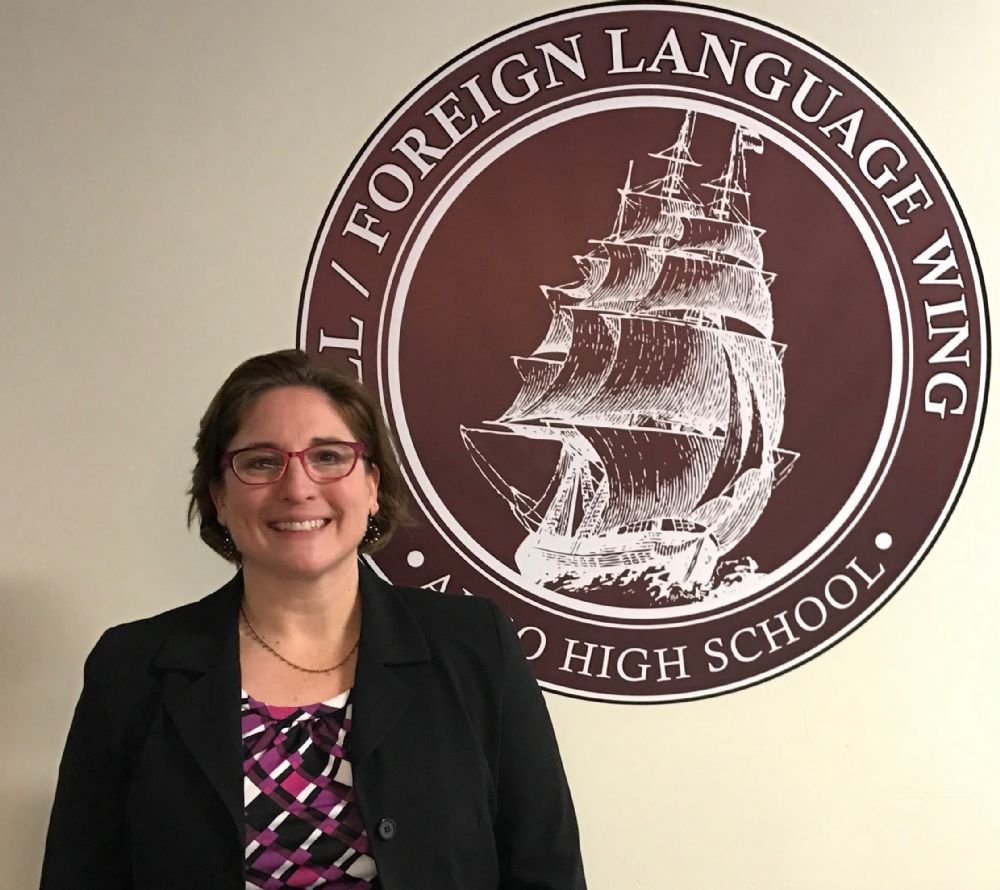 Whether you are a junior studying for a physics exam or a school official seeking a demanding, high-profile job, it pays to do your homework.

When Kingsfield – now director of curriculum and instruction at Fenton High School in Bensenville – learned there was an opening for a new superintendent at Argo Community High School, she did her homework.

She learned all she could about the high school and area, talked to as many education sources as possible, and even made an unannounced visit in October. And that was before she applied for the job .{{more}}

ÒI did my homework. I came for Homecoming Saturday and spent the entire day here. I went to the parade, had a doughnut and coffee across the street – chocolate with chocolate frosting, it was pretty good – I went to the game, I watched the marching band, and I talked with people. I wanted to get a feel for the community and felt this would be a good match for me,” she said Monday night after the board unanimously approved her hiring.

Kingsfield’s attention to detail made quite the impression on members of the school board who approved hiring her to become the high school’s 10th superintendent.

School board president Terrence Pappas and trustee Nick Caprio were impressed by her.

ÒShe did such research on this school district. Nobody else came close. That’s what knocked us all back,” Caprio said.

Pappas noted that Kingsfield Òwas not a candidate at that time” during her October visit.

ÒWe’re very excited. We spent a lot of time looking. She’s the unanimous choice of all the board members, of all the committees, they all liked her. We think she’ll be an excellent hire and we hope she’ll be here for years and years to come,” Pappas said.

Caprio knew shortly after he met Kingsfield that she was the right person.

ÒShe was very impressive from the beginning. From the first time I spoke to her, she was my choice. I had a gut feeling. She’s a good fit for Argo. And what we’re paying, we’re getting the salaries back to where they should be,” Caprio said.

Kingsfield’s first official day on the job is July 1, but she will be frequently at Argo High School before then, working closely with O’Mara, who is retiring at the end of June.

Her background includes assistant principal at Fenton, during which time she formed a parent’s organization presented in Spanish. While at Lake Park High School, she was dean of students after teaching Spanish for six years there. She also has been a presenter at numerous educational conferences.

She has a doctor’s degree in education and, a master’s of education in curriculum and instruction, both from National Louis University; and a bachelor’s degree in Spanish education from the University of Kansas, according a news release from O’Mara’s office.

ÒI’m real excited about the diversity, the small student population compared to other high schools, and it’s a one high school district. I can walk out of my office and see kids at any given moment, and that is why I work. It’s about kids,” she said.

ÒAt larger school districts, often the superintendent may oversee three or four buildings, so for them to be visible and know the kids, it can be very difficult,” she said. ÒI love my current job, but I’m ready for my next challenge. I’m ready to serve the community and get to know parents, be involved with students and work with this phenomenal staff.”

ÒI’m ready to step into this leadership position, eager to learn more and more, and spend time with Kevin and his staff,” said Kingsfield, who lives in a suburb near O’Hare.

She becomes the second female superintendent at Argo in the school’s history.