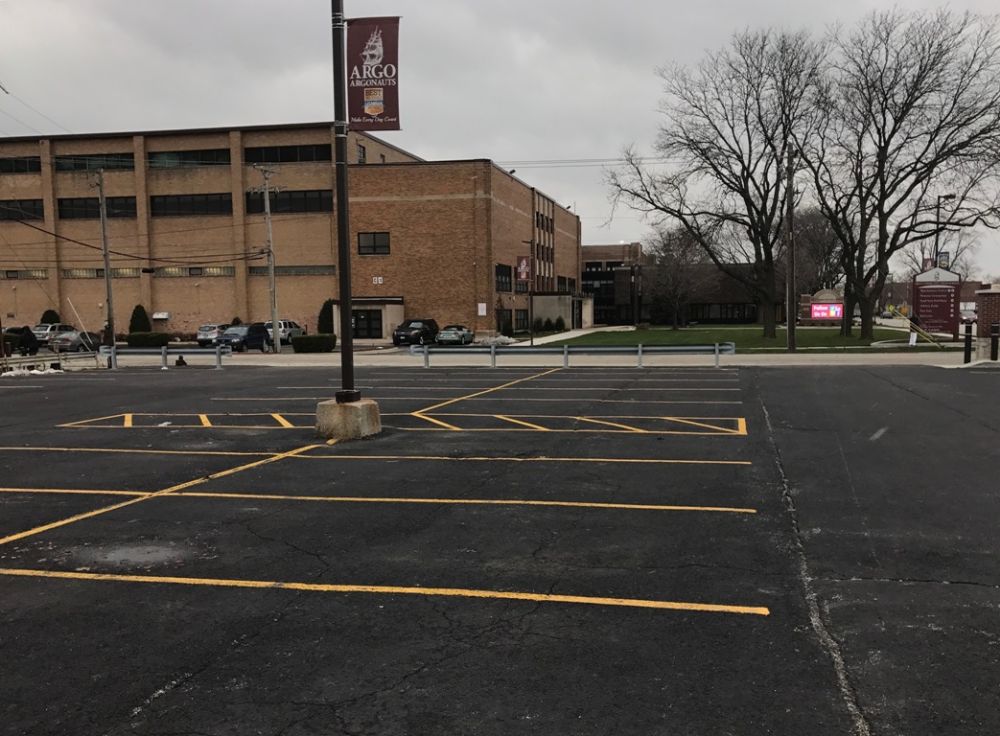 Students at Argo Community High School can once again park in the lot just east of the building.

That lot on the south side of 63rd Street had been owned by the Summit VFW. Since the VFW building is up for sale, so was the lot and the VFW had told the school students would not be allowed to park there earlier this month.

Students parked there for years free of charge on a Ògoodwill” agreement with the VFW.

On Monday night, the school board approved buying the lot by a 5-0 vote, Supt. Kevin O’Mara said.

The board approved paying the appraised value of $230,000 to the VFW for the lot, which has parking for about 60 vehicles, O’Mara said. The space, he said, is much needed.

ÒThe VFW had that lot appraised at $230,000. We offered the appraised value. And now we own it. It’s a nice thing for our families and students,” O’Mara said.

Students went only a few weeks scrambling for solutions, he said.

ÒMany of them took our buses. Some were dropped off at school by their parents. Others took a chance and parked on the street. Starting last Friday, the VFW allowed us to use it again,” O’Mara said.

The sale had to be approved by VFW boards at the state and national level, O’Mara said, and that Òmade it a bit cumbersome.”

The parking lot is especially important Òbecause a lot of ours kids are in family situations where they have to work after school. If they leave school at 2:55 and start a job somewhere at 3:30, they kind of need a car. Many families were put into an awkward situation,” O’Mara said. ÒI’m glad it worked out.”

So is board member Nick Caprio. He was unable to attend Monday night’s special meeting, but is pleased by the purchase.

ÒWith no options, this is a great option. We don’t have to do demolish (any structures) and the core samples showed no hazardous materials are present. It’s a very good price. To have the parking option like this is a win-win for the school,” Caprio said.

In other news at the high school, about 450 people attended an eighth-grade parents’ night Monday. Some eighth-graders brought a parent or two, some brought entire families.