February 2, 2017/Comments Off on ‘Best ever’ Argo chess team to miss national championships 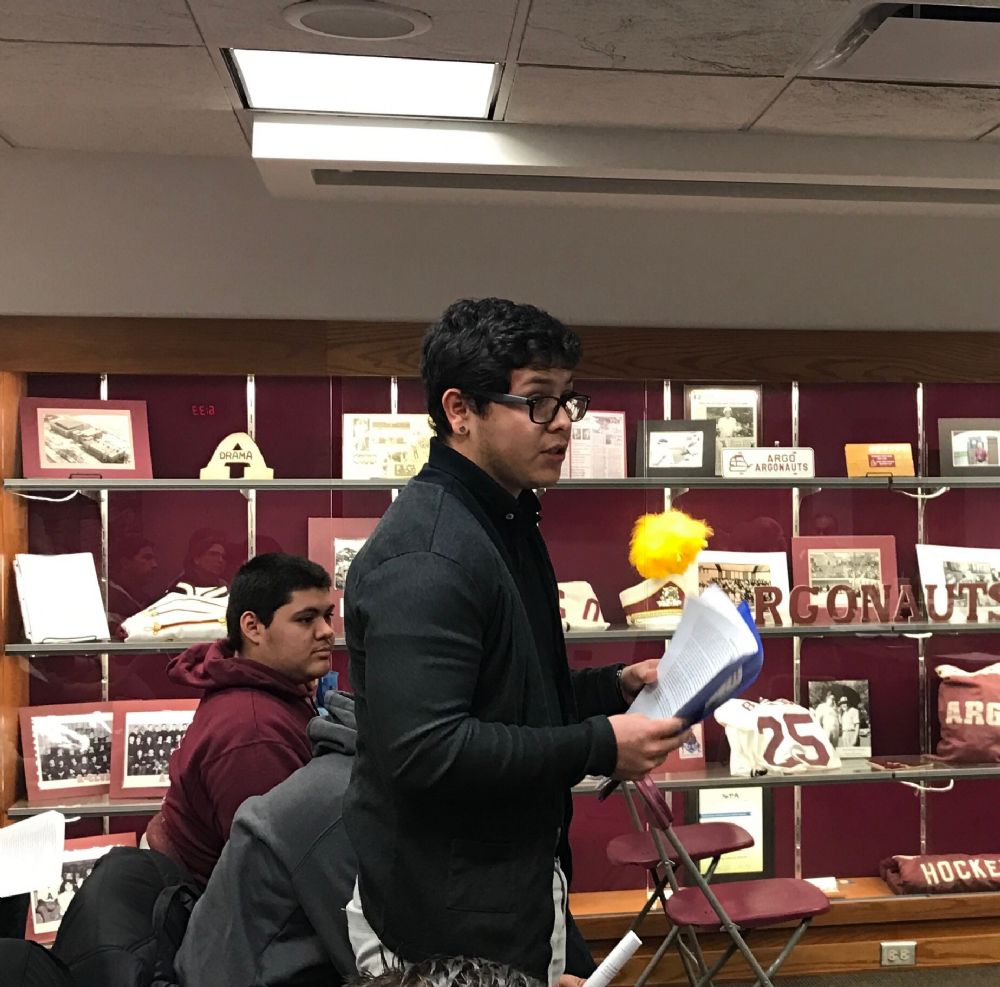 It may be Òcheckmate” for the Argo Community High School chess team when it comes to attending the national championships this year.

The team and the players are so good, they want to participate in the national championship set for May 11-14 in Nashville, Tenn.

According to the U.S. Chess Federation website, Super Nationals VI combines the elementary, junior high and high school nationals and is held every four years. The previous event, held in 2013, had 5,335 participants from around the nation.

The problem is that in order to go, the team and its advisor, math teacher Lucian Bogdan, would have to miss one day of school, May 12. School officials and board members are not keen on the idea of missing class so close to finals week.{{more}}

And, at least one member would not be able to prepare for testing that could land him in advanced placement classes for the next school year.

With all of those factors in mind, the team and Bogdan have been informed they can’t attend the national championships.

The matter came to a head at the Jan. 9 meeting of the school board when former chess team member Jair Herrera, a 2014 graduate who is acting as a spokesman for this year’s team, voiced their concerns with the school board.

Bogdan wrote a proposal that would allow the team to attend, but was told it’s not possible because he’d miss a day of teaching, Herrera said.

ÒHe was a good caretaker when we went to state four years. He always made sure everything was taken care of,” Herrera said of Bogdan. ÒI think the team should be able to go because he manages the team well. It’s a successful and growing team. In my senior year, we finished 48th in state.”

Contacted Jan. 19, Bogdan said he and the team had accepted the board’s decision and won’t attend nationals this year.

ÒThe students are doing a nice job, but the academic concerns are the main reason. There’s a lot of pros and cons to going,” Bogdan said.

Bogdan, who has taught math at Argo for eight years, is hoping the team qualifies for the U.S. National Chess Championship set for April 27-30, 2018, in Columbus, Ohio. Being held in April, there would be no conflict with finals, he said.

ÒNext year, there should be no reason we can’t go,” he said. ÒI’m going to push for it a lot more. This year, I think we would have been okay with the seniors, even with finals, but we’ll try to go (to nationals) next year.”

The chess team finished 25th of 146 schools at state in 2016, the best showing ever, Herrera said.

This year, Argo is undefeated in the conference and has clinched the title. ÒThis is a team that has shown its commitment and is willing to improve itself,” Herrera said.

Ò(Bogdan) does a great job with them and they are undeniably successful,” O’Mara said. ÒThe problem is the timing.”

Activities Director Jim Rodriguez explained to the board why he refused to approve Bogdan’s proposal.

ÒThe hardest part is saying ‘no’ to the kids who are outstanding kids. The dates are one week prior to senior final exams. The instructor would miss class time. There are four seniors on the team. It’s not that they should not go. It’s the timing of it,” Rodriguez said. ÒIf it was a different time, there would not be a problem.”

Herrera said the seniors, all good students, would have plenty of time to study while sharing a bus with Richards’ team to and from Nashville, which is about 475 miles from Summit. They’d be prepared for finals, he said.

ÒGood students, in general, prepare from the very beginning,” Herrera said, adding, Òyou can’t teach yourself a whole semester in one weekend.”

His brother, senior Stefano Herrera, said he’d be Òpretty disappointed” to not participate in nationals on this, his last chance. Junior Christian Diaz and sophomore Andrew Ordos both think they and their teammates would be prepared for finals.

The school would save money, team members said, by sharing a coach bus with the Richards team.

ÒWe have the opportunity to go. We want that,” Diaz said.

Board member Nick Caprio would rather the team skip nationals and focus on finals.

ÒMy thought is their education is most important. It’s a great honor being able to compete at that level, but our first priority is education. That’s how I’m leaning. It’s a tough decision. I can’t see them getting the concentration they need studying for finals on a bus,” Caprio said.