February 9, 2017/Comments Off on UPDATE: Argo chess team is heading to nationals after all 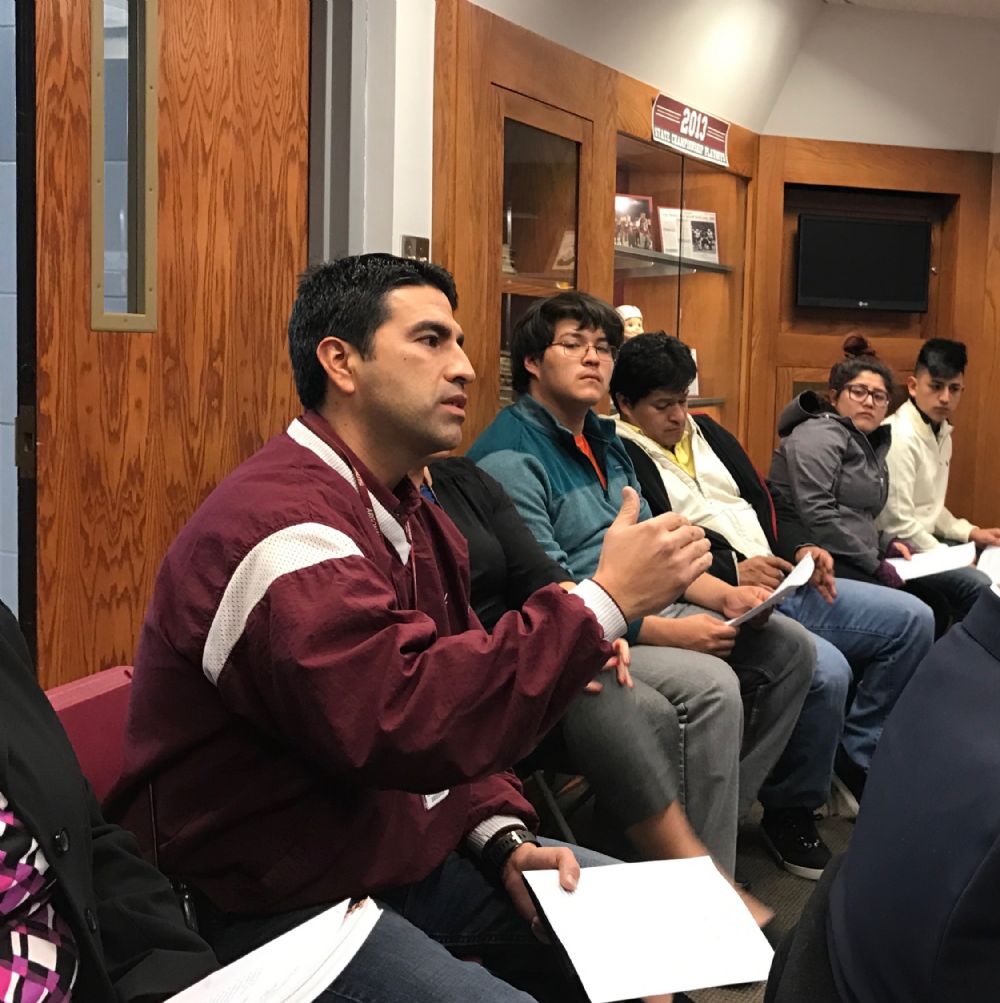 UPDATE: Argo chess team is heading to nationals after all

It turns out the Argo Community High School chess team will compete at the national championships in Nashville after all.

Last month, at a meeting of the school board, members of the team and its spokesman, Jair Herrera, a 2014 Argo graduate and former team member, made impassioned pleas to trustees that the team – in the midst of its finest season – should be allowed to compete at nationals.

At the time, there was some concern among school officials that if they did go, chess players would miss a day of school and time preparing for finals.

And there was concern that their coach, math teacher Lucian Bogdan would miss a day in the classroom.

The board heard from Activities Director Jim Rodriguez, who said there was a timing problem.

ÒThe hardest part is saying ‘no’ to the kids who are outstanding kids. The dates are one week prior to senior final exams. The instructor would miss class time. There are four seniors on the team. It’s not that they should not go. It’s the timing of it,” Rodriguez said at the Jan. 9 meeting. ÒIf it was a different time, there would not be a problem.”

On Jan. 9, Supt. Kevin O’Mara said, Ò(Bogdan) does a great job with them and they are undeniably successful. The problem is the timing.”

The timing issue has apparently been worked out and the team is now planning to attend nationals in early May.{{more}}

ÒWhat I said to Jair in the hallway (during a break in the meeting) was ‘give me a call tomorrow. I’m sure we can work something out’,” O’Mara said Monday. ÒHe called me. We worked something out. The kids are going. That’s the bottom line.”

Team members will still miss a day of school, traveling to Nashville. But that shouldn’t be a problem.

ÒStudents of good standing, and these kids typically are with one or two exceptions, who work it out with their teachers ahead of time, will make up the work (they miss in class),” O’Mara said. ÒAnd if they don’t, that will impact our decision making moving forward. But when you have a group of kids on a chess team, that’s typically not an issue.”

The board has to balance academic achievements with Ògiving kids like the chess team the best possible opportunity to experience the world and the competition they certainly earned. Sometimes we do have to say ‘no,’ but, honestly, this time we didn’t say ‘no’,” O’Mara said.

According to the U.S. Chess Federation website, Super Nationals VI will be held May 11-14. The event includes the elementary, junior high and high school national competitions and is held every four years. The previous event, held in 2013, had 5,335 participants from around the nation.

Bogdan on Jan. 19 said the team would not attend, but he hoped it could take part in nationals next year.

ÒThe students are doing a nice job, but the academic concerns are the main reason. There’s a lot of pros and cons to going,” Bogdan said Jan. 19.

ÒI am very sorry, but I was told to redirect any reporters to Dr. O’Mara. You will have to contact him with any questions,” Bogdan wrote in an e-mail.

The school hopes to save money by sharing a bus with the chess team from Richards High School in Oak Lawn.