April 7, 2017/Comments Off on Justice student falls short in his bid for seat on Moraine Board 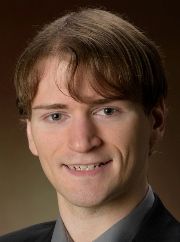 In the three-candidate race for two seats on the Moraine Valley Community College Board of Trustees on Tuesday, David Shipyor of Justice fell short in his bid to be elected a voting member of the board.

Preliminary Cook County Board of Elections results showed, with 275 of the 279 precincts reporting, that Brian O’Neill won the election with 41.85 percent of the votes (27,622), along with incumbent John Coleman, who won a second six-year term with 36.17 percent (23,877).

Coleman, a Burbank resident, is vice chairman of the board, while O’Neill is assistant administrator of Orland Hills. Shipyor, 24, lagged behind them with 21.98 percent of the vote (14,511).

Coleman said recently that if re-elected, he would like to re-introduce a four-year baccalaureate nursing program at Moraine Valley.

The second seat was open because Trustee Susan Murphy didn’t run for re-election. Shipyor said that after being a non-voting student trustee, he ran for a seat on the board because, ÒI think they need to be shaken up a little bit. I don’t think (the MVCC board) are looking forward enough. Enrollment is declining and tuition is increasing.”

The St. Laurence High School graduate was also recently appointed to the Justice Economic Planning Board.

Among other things, Shipyor criticized the board of trustees for approving a large pension for outgoing MVCC President Vernon Crawley in 2012, and the college for Òwrongly firing” an adjunct professor who criticized the administration.

ÒWe have been good stewards of taxpayer money,” said Coleman, disagreeing with Shipyor. He said enrollment has dropped 4 to 5 percent, and tuition costs have risen 2 to 5 percent.

ÒBut it is something that is going on everywhere. Ours is not that much,” Coleman said.