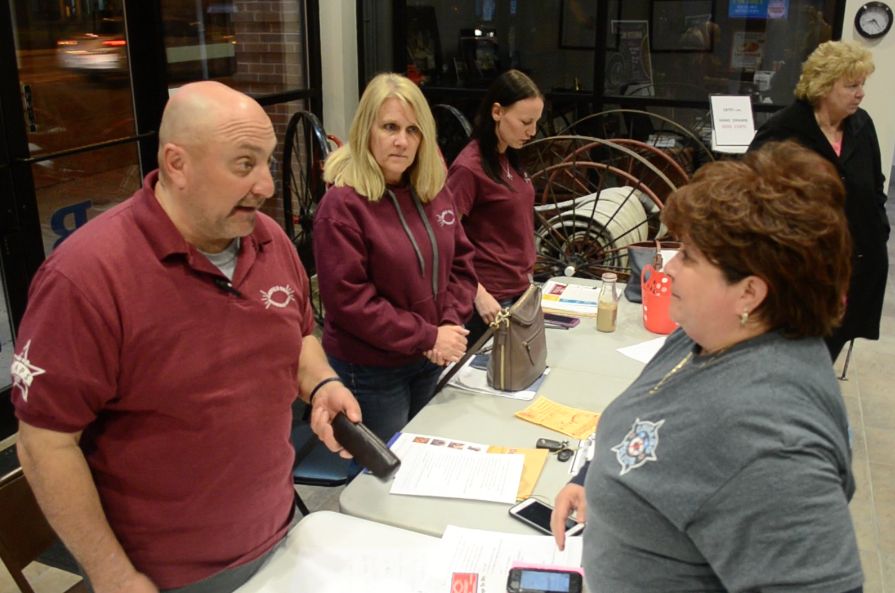 for the attempted burglary of a home in Garfield Ridge.

Department of Corrections.His next court date is Monday, May 1 at 51stand

Police said that Petrulias was the man captured on

back-porch surveillance video, attempting to break into a corner home near 56thand

No one was home at the time. The homeowner said she had left

her house, with her dogs, to go visit her father. While she was away, she

monitored her camera from a remote location, saw the action unfolding as a man

entered her backyard, looked around, put on gloves and appeared to try to open

The victim immediately called a neighbor who was at home.

The neighbor called police and went over to confront the intruder, scaring him

one local Facebook group, offering a $2,000 reward for information leading to

the intruder’s arrest and conviction.

Others shared the video clip to other Facebook groups, where

it was seen by hundreds of people, including police officers. Several in the

neighborhood on a green bicycle.

Officers said they recognized him from the surveillance

News-Herald. He was taken to the Chicago Lawn (8th) District Police

Station and charged with attempted burglary and criminal trespass to land.

The arrest of Petrulias was a topic of discussion at the

“This situation is a very good example of people-to-people

communication aided by modern technology tools, resulting in the arrest of a

she could and did monitor in real time.

“She knew her neighbor and reached out to her for help. The

neighbor responded by yelling at the guy to go away, and he did,” Cacciottolo

continued. “Then the homeowner used the Internet to spread the wordÑand the

police recognized this guy. All of these people working together and using

technology to spread the word resulted in the arrest [of Petrulias]. Without

that, he probably would never have been caught.”

“This situation is an illustration of the value of knowing

your neighbors, of knowing who belongs and who doesn’t, and if something is

awry, who do we contact,” she said at the GRNW meeting, held at Bridgeview

Bank. “These are the type of neighbor-to-neighbor relationships we encourage

people to build on their blocks.”

According to public records, Petrulias has criminal

convictions dating back to 1986, relating to such crimes as burglary, auto

theft, aggravated battery and escape from a penal institution.

Also, Petrulias is listed as a sex offender on an Illinois

solicitation of a child. Petrulias was 39 years old at the time. The victim was

(Editor’s Note: More news coverage and photos in the

print edition of the Southwest News-Herald, available on local newsstands. Or