Skip to content
May 12, 2017/Comments Off on Reputed gang member charged in 2016 Wrightwood slaying 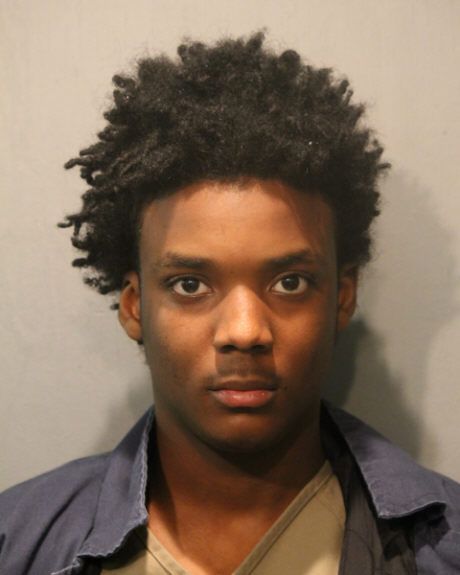 An 18-year-old Ashburn man said by police to be a gang member is held without bail this week, charged with the first-degree murder of a Wrightwood college student last August.

Anthony Moore, of the 7900 block of South Sawyer, allegedly shot and killed 19-year-old Arshell ÒTrey” Dennis IIIÑthe son of a Chicago Police sergeantÑas the young man and several friends chatted in front of a home in the 2900 block of West 82nd Street, just minutes after midnight Sunday, Aug. 14.

Prosecutors said that Moore was cruising the neighborhood with fellow gang members when he saw Dennis and two friends on a front porch.

Mistaking Dennis and his friends as rival gang members, Moore and the other gang membersÑin two stolen vehiclesÑpulled into the alley behind 82nd Street, got out and watched them from a gangway, prosecutors said.

Moore and another man drew handguns and fired at Dennis and his friends, authorities said in court.

Dennis and the others scattered, but Dennis was hit under the right armpit. He was transported to Little Company of Mary Hospital, where he was pronounced dead at 12:45 a.m.

A friend that was with Dennis was shot in the left bicep, and the bullet then lodged in his chest. He ran a short distance west on 82nd Street before he collapsed. He was transported to Advocate Christ Medical Center and has since recovered.

Authorities have repeatedly pointed out that the shooting was a case of mistaken identity and that Dennis had no criminal record, was not a gang member and had no gang ties at all.

Dennis was an aspiring journalist studying at St. John University in New York. He was in town to visit his familyÑespecially his mother, who had been ill.

At the time of the killing, the Dennis family issued a statement that read, in part, ÒOur family is deeply saddened this by tragic and senseless shooting. The loss of our son is stunning and painful. Trey was a junior in college at Saint John University, majoring in journalism. Tragically, we were going to take him to airport today at 3 p.m. to return to school. Now because of this senseless violence, we will be grieving and planning his funeral. Trey was smart, funny, and the light of our lives.”

Moore was charged with murder while he was in jail on an unrelated accusation.

At a press conference last week, CPD Commander Brendan Deenihan said detectives connected Moore to the slaying by using cell-phone pings, surveillance camera footage and incriminating statements he allegedly made to others.

“He was bragging to friends (that) he killed an opposing gang member,” Deenihan said.

Police have not recovered the murder weapon and they continue to hunt other gang members who took part in the shooting.

“Every officer in this department took his murder personally and we vowed not to stop until we found his killer,” Johnson said.

Those with information to share about the shooting are asked to call CPD Area Central detectives at (312) 747-8382 or offer tips anonymously and be eligible for a cash reward by calling Cook County Crime Stoppers at 1-800-535-STOP.