May 19, 2017/Comments Off on Classic cars will drive expanded Garfield Ridge showcase 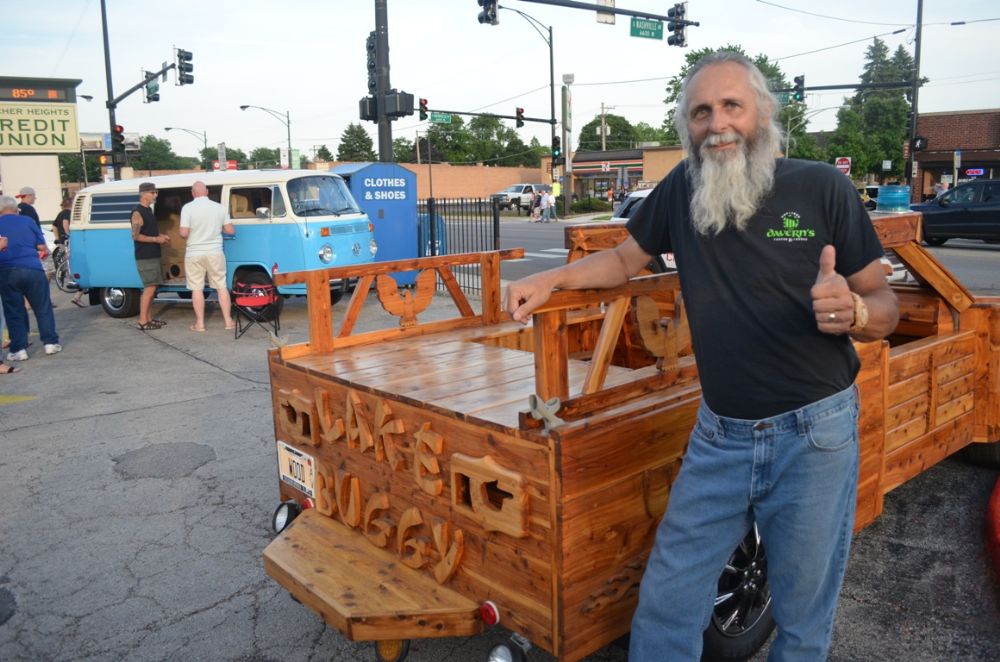 Classic cars and other vehicles will once again be used to

showcase the west end of Garfield RidgeÑArcher Avenue, specificallyÑas a

In an announcement made Monday night at the Garfield Ridge

Retail, Entertainment, Amusement Team), revealed that her group is sponsoring

In its fourth year, the car show will expand from three

about Normandy on the west.

Several thousand men, women and children came from near and

far to ooh and aah at the vehicles, which included everything from early-model

Once again this year, food trucks will be a part of the mix,

selling everything from dinners to frozen desserts and other treats.

In addition to expanded hours, the 2017 show will expand to

the east and west on Archer, from Nagle to Oak Park.

Owners of classic vehicles interested in putting their best

spot in a designated parking lot or along the curb on Archer.

“This is not a competition,” Mondia said. “There is no preregistration,

no entry fee, no judging. This is just about enjoying classic cars right here

in the neighborhood. It’s also about families and neighbors meeting neighbors.”

It is also an opportunity for local businesses to snag new

The classic car showcase, like other GRREAT events and the

non-profit GRREAT itself, was designed at least in part as a response to those

in communityÑsome elected officials includedÑwho in years past made public

statements about how Archer Avenue’s best years were behind it.

“This event has been a success, and it’s growing,” Mondia

told the Southwest News-Herald. “We set out to make a point about how Archer

Avenue can be marketed successfully as a destination for entertainment,

shopping and more. I think we’ve proven it repeatedly.”

Members of the Garfield Ridge Neighborhood Watch are

who in years past have been out in force to assure a smooth event.

(Editor’s Note: More news coverage and photos in the

print edition of the Southwest News-Herald, available on local newsstands. Or