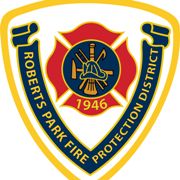 A 71-year-old woman died Sunday morning from injuries suffered in an apartment fire in Justice despite heroic efforts of a neighbor to save her.

The woman was taken to Advocate Christ Medical Center in Oak Lawn. She was pronounced dead at 4:23 a.m.

Irma Mercado, 71, died of thermal injuries and inhalation of products of combustion in her third floor apartment, according to the Cook County Medical Examiner’s Office.

A daughter who lived with her was not at home at the time of the fire.

Roberts Park Fire Protection District Chief Jeff Ketchen said the call came in at 3:31 a.m. Sunday morning of a fire in a three-flat apartment building in the 8300 block of West 83rd Street in Justice.

“A young man was across the street walking his puppy when he noticed the fire,” said Ketchen. “He put the dog inside and ran into the building knocking on doors to alert residents there was a fire as he was making his way to the third floor.

“He actually made in into her apartment and tried to make a rescue, but the heat drove him back. It was a very heroic thing he tried to do.”

Ketchen said a resident from a second-floor apartment also ran up to the third floor to try to rescue Mercado.

Ketchen said the fire was extinguished in about 10 minutes. The cause is under investigation but was not believed to be suspicious.

All of the other tenants escaped without injury.

The building was deemed uninhabitable as a result of the fire.