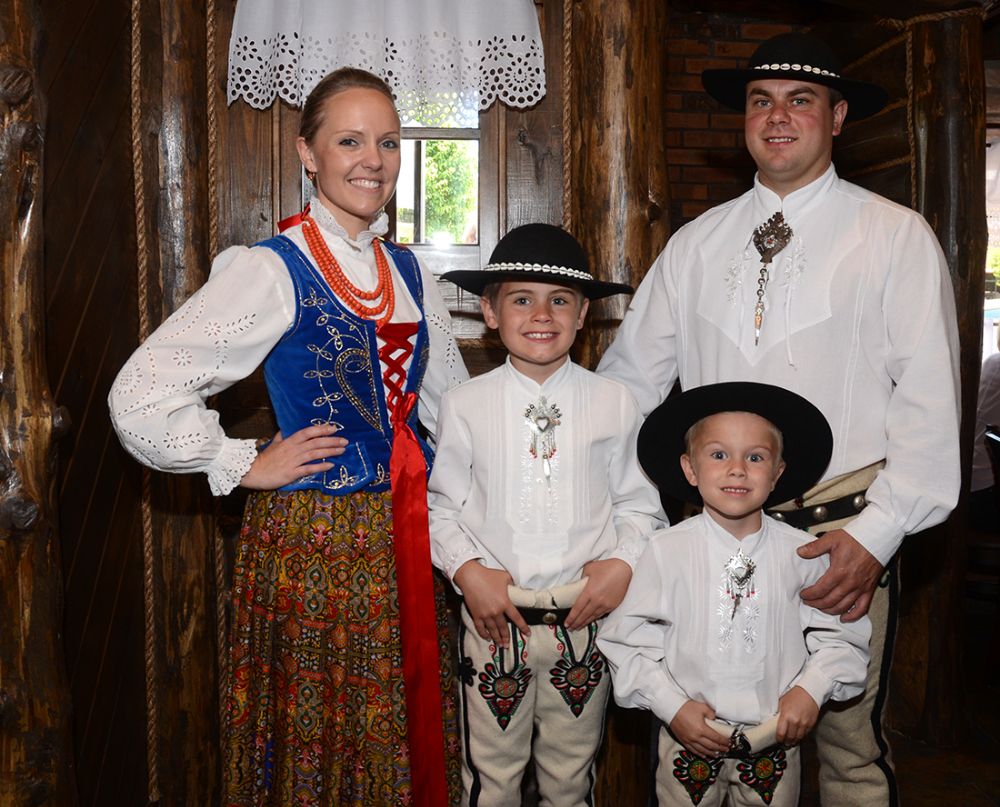 “Our Polish plate is the most popular dish right now,” said Agnes Bobak, who with her husband Stanley owns and operates the new establishment. “It has pierogi, stuffed cabbage roll, potato pancake and Polish sausage. Everything is homemade.”

Cozy, rustic, warm and inviting, the newly remodeled interior of the restaurant calls to mind the Bobaks’ homeland in the Polish Highlands, a beautiful part of the country in the Tatra Mountains. They emigrated from Zakopane in 2005 to follow their dream of a new life.

Now firmly established in American culture and launching their careers as local business owners, the Bobaks are bringing their favorite tastes of the old country to Harlem Avenue.

A potential surprise for American diners–but of no surprise to most Polish patrons, is a spread of lard served with bread and pickles at each table.

“It’s not lard you buy in a store,” Agnes is quick to explain. “It’s the rendering that comes from cooked bacon. We make the spread with bacon, onions and a little bit of apples. Polish people love it and some Americans do, too.”

Agnes points out another favorite on the menu, oscypek, an appetizer of sheep cheese that is served warm with cranberries.

After coming to America, they worked together at a Polish restaurant on the Southwest Side of Chicago near Midway Airport called Szalas. It had been well-known for many years as the Red Barrel under previous ownership with a completely different menu.

“He was the chef and I was a waitress at Szalas,” she said. “It was my dream job. I like to talk to people, to be around people.

When the BobaksÑno relation to the Bobak family of sausage-making fame known by many ChicagoansÑfinally settled in the southwest suburbs, the hunt for a suitable restaurant space was on.

“We checked a lot of restaurants on the North Side where there is a large Polish community,” she said. “We found a place that had been improved, but it was not how we like it. It was so far away. Then, we were driving on Harlem and found this place.”

The space needed substantial work before it could be transformed into their dream, however. The site, formerly Sperone’s restaurant, had closed in September 2012.

Highlander House has dining space for 60 people, with another 30 accommodations at the bar. A banquet room has seating for 80 and coming soon, according to the owners, will be a smaller private room for 20 to 30 patrons.

A new restaurant that specializes in Southern barbecue along with craft beer and bourbons opened last week in Mokena.

It’s the third location for Doc’s, which was started by restaurateur Brent Brashier and Dr. Himanshu Doshi last year at 1420 Calumet Ave. in Dyer, Ind., and has a second location in Milwaukee.

The eatery uses locally sourced meats that and prepares it own sauces and rubs. Everything from ribs to briskets are hickory smoked on the premises. It features 64 beers on tap with 30-40 available on a regular basis 25-35 that it will rotate seasonally. It also has a large assortment of whiskeys.

The restaurant is open daily from 11 a.m. to midnight.

Zordan said a four-story Holiday Inn Express was planned for a site west of LaGrange Road and south of 191st Street. He added that a new smoothie shop and Which Wich sandwich shop would be opening in a strip center south of the Shell station at 191st and LaGrange, in addition to a Chipotle and Starbucks that recently opened in the same strip center.

Another restaurant is being developed on an outlot next to the Panda Express at the Mokena Marketplace at Wolf Road and U.S. 30.

Zordan was also excited about Accelerate Indoor Speedway, a 65,000-square-foot indoor go cart facility that also would have a restaurant, arcade and private party rooms once completed on 88th Avenue.

“That will be a nice addition to the village,” he said.

Berwyn-based Buona Beef has announced that it will open its newest location on Thursday, July 6, in southwest suburban Frankfort.

The location at 20950 S. LaGrange Road will be the chain’s 20th location. The store is part of a five-acre development that was approved in 2014 across the street from Mariano’s supermarket.

The restaurant specializes in Italian beef sandwiches and includes a drive-through window. Its hours are expected to be from 10:30 a.m. to 10 p.m. daily.

The chain was started more than 30 years ago by Joe Buonavolanto Sr. The original beef recipe was concocted by his wife, Peggy, according to its history on its website.

Jean Therapy closed its doors for good last month after a nine-year run selling blue jeans and other denim products and accessories in Orland Park.

The shop at 14360 S. LaGrange Road in the Miroballi Plaza closed May 13 along with a store in Burr Ridge.

Vibe Yoga Room opened in a medical professional building across the street from the Tinley Park Post Office.

The owner is Patricia Paloumpis.

The location near 79th and Stony Island Avenue is 2,166 square feet and can accommodate up to 40 guests in the dining room. The new format includes an open kitchen, televisions, free Wi-Fi and a Coca-Cola machine.

The restaurant provides about 65 jobs.

There are 78 White Castles in the Chicago area. They are open 24 hours for most of the year and serve breakfast, lunch and dinner.

Anthony Caciopo contributed to this report.

If you see a new business in town or wonder what happened to an old favorite, drop me a line at [email protected].