July 7, 2017/Comments Off on And the winner is: Garfield Ridge 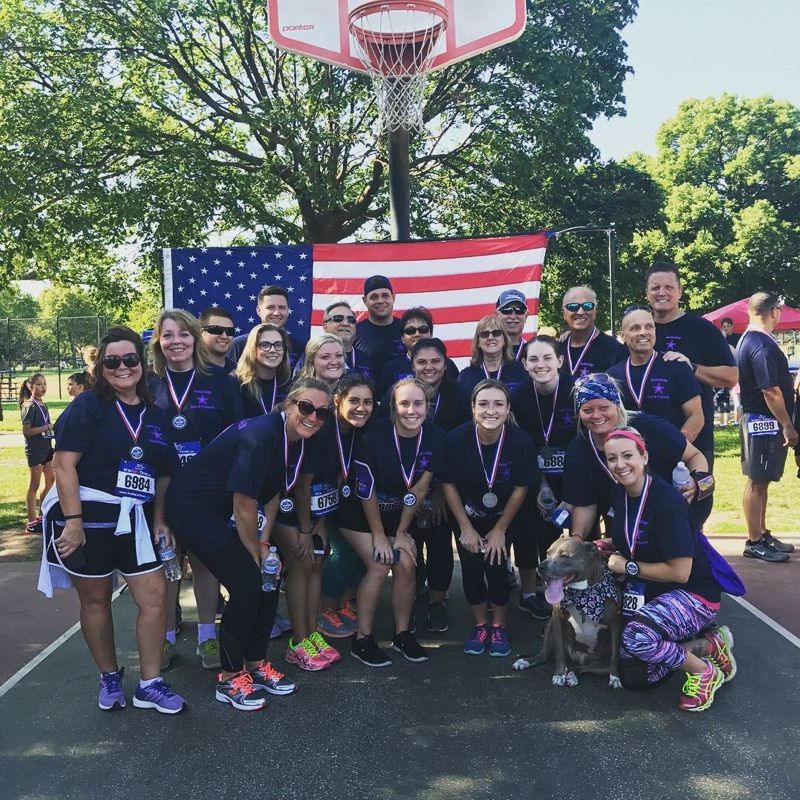 And the winner is: Garfield Ridge

& Stripes 5K hailed as a success

Stars & Stripes 5K Run is a win-win for the neighborhood, as well as the

surrounding Southwest Side, organizers said after the race last Saturday

Wentworth Park. Participants were mostly from the Southwest Side, but also from

all across the Chicago area. The event attracted out-of-state runners from

Virginia, Massachusetts and other places. There were even runners

from Sweden, Britain and Australia, according to West Lawn resident Juan

“When we first started planning the race, we went

out and got a feel for the neighborhood and where we would be running,” Ortega

said. “I knew I wanted 300 runners minimum, but in my heart of hearts I was

“For a first time event, you usually don’t come up with

It’s a great thing, a win-win for the neighborhood.”

The entire event was a product of Tri-Builders, a non-profit

boys and girls to embrace physical fitness, said Ortega, a founder of the

“It’s a great event to honor men and women who wear the uniform. It’s an

opportunity for the community to come out for those who serve and protect,

Proceeds from race will be split between The Wounded Warrior

Project, The 100 Club of Chicago and The Chicago Police Memorial Foundation.

Those who could not attend the event are invited to visit

A key supporter of the event was the Garfield Ridge

“This was more than a raceÑit was basically a community

who are not in shape to run a race like that, we wanted everyone to step away

from the TV, the computer, whatever, and go out to the curbs of the course and

cheer on the runners, and get outside and meet each other. A secure

neighborhood starts with good people making connections, of getting to know

each other and look out for each other.”

On Saturday afternoon, Cacciottolo described the race as

“a success on every level.”

A number of the runners were police officers, firefighters

“That’s one reason this was held on July 1,” Cacciottolo

added.”It’s just before the Fourth of July, and it follows the annual

and LakeviewÑas well as a number of suburbs. Why not here in Garfield Ridge?

We’re every bit as good as they are.”

(Editor’s Note: More news coverage and photos in the print

edition of the Southwest News-Herald, available on local newsstands. Or better

yet, call 708-496-0265 during weekday business hours and order convenient home

delivery for about 50 cents a week.)