Skip to content
August 4, 2017/Comments Off on City to test air in ‘window worries’ homes 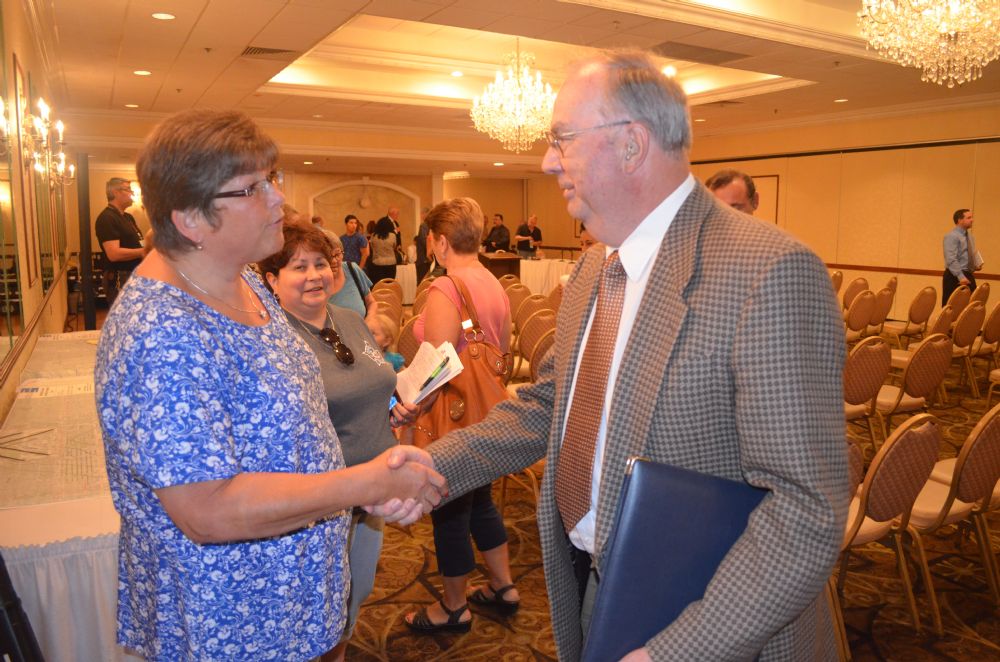 in their homes, the Chicago Department of Aviation did an about-face last week.

agency will conduct the tests for local homeowners concerned about possibly

toxic fumes emitted by windows supplied through a Department of Aviation

The session was held in a packed room at Mayfield Banquets.

All of the 100 or so audience seats were filled, and a number of people stood

in the back and along walls at the sides of the room.

Frame did not appear to indicate exactly why his agency

changed course, but reiterated CDA’s stance that it is as concerned for

homeowners’ safety as they are.

would be done, saying that CDA is still negotiating details with an

The news appeared to be welcome by homeownersÑsome of whom

on June 9 and in four subsequent SWNH front-page stories.

A sticking point that could derail the tests remains,

The Department of Aviation will not move forward in any of

never to sue CDA or seek any kind of compensation, even if the windows are

found to be a health hazard.

A number of homeowners, including Chrysler Village resident

Pam Zidarich, called the document “insulting” and said they have no plans to

homeowner, said thatÑspeaking as an individual homeownerÑhe, too, would not

sign a document in which he relinquished his rights to seek compensation.

At a number of points in the session, homeowner frustrations

boiled over, with people talking out of turn and even hollering. After one

Frustration turned to anger when a homeowner chided the

Department of Aviation for “knowing about this problem for years, but doing

nothing, sweeping it under the rug,” and Baliga responded that the Commission

In response to the outburst, Commission member Stanley

being unaware of the situation.

“Well shame on the Department of Aviation for keeping you in

the dark,” one man said out loud to the commissioners, who include suburban

mayors and elected officials from the Southwest Side.

No Southwest Side politicians were themselves in attendance,

organizations were in the audience, taking note of the mood of the crowd and

the response of CDA.

The windows in were supplied to local homeowners through the

In response to the Southwest News-Herald’s coverage of the

ongoing story, a number of homeowners in Clearing and Garfield Ridge have

stepped forward to say that, they also have smelled a “burning plastic” smell

coming from their RSIP windows, especially on sunny days from those windows

that get a lot of sunlight.

At the meeting, their ranks swelled, as homeowners living

east of the airport, in West Lawn and West Elsdon, reported similar concerns

with their RSIP windows.

June 9 story, has stated that she thinks that sunlight is breaking down

At the very least, Zidarich sees the situation as the

release of a harmless but annoying odor. At worst, she sees it as a health

hazard that may already have poisoned people in her home and others.

According to the U.S. Environmental Protection Agency,

humans has resulted in liver damage.Cancer is a major concern from

shown to increase the risk of a rare form of liver cancer in humans. EPA

has classified vinyl chloride as a Group A, human carcinogen.”

At least three of the Southwest Side homeowners contacted by

the Southwest News-Herald have had cancer diagnoses within the last year.

The common thread among those reporting the odor is

company that went out of business.

Those committees have ordered CDA Commissioner Evans to