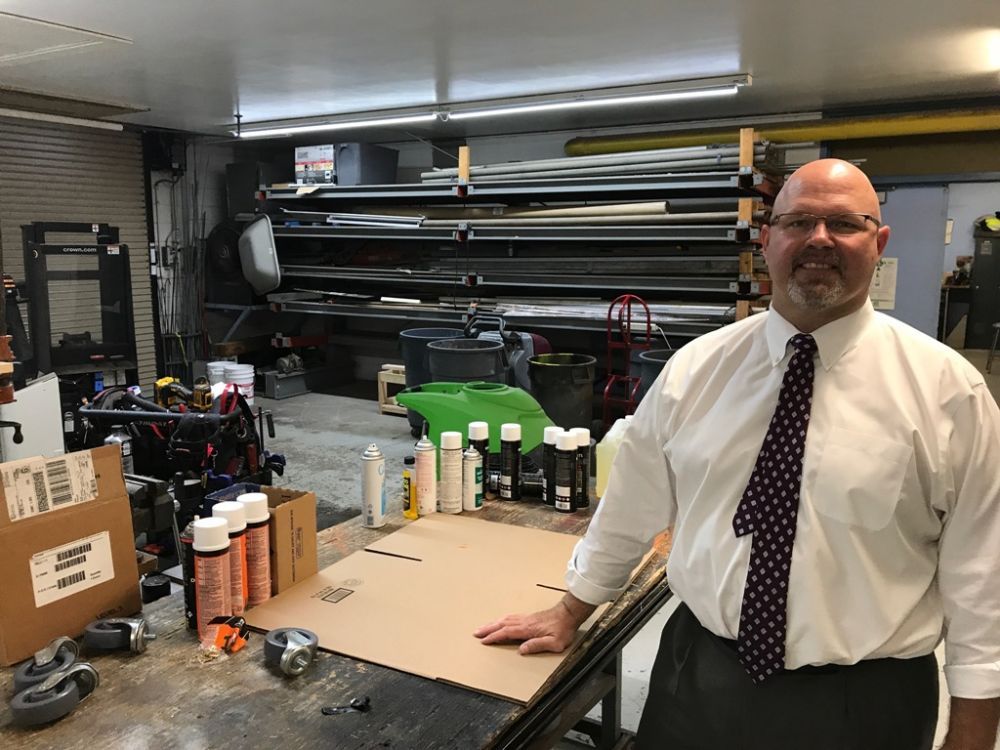 “I’m very pleased with the Senate’s actions,” he said. “I hope that the House will follow suit.”

He said the evidence-based school funding model included in Senate Bill 1 “will allow us to compete with schools up north.”

The present funding formula puts the burden for financing education on local homeowners through property taxes. Districts in more affluent areas bring in more tax money and have higher per-pupil spending ratios than districts, such as 104, in less affluent areas.

“The evidence-based model was part of Vision 2020 and is aimed at providing more money to schools that need it,” he said.

If the House overrides the veto, District 104 stands to gain $1.3 million immediately and up to $9 million more in state aid each school year. That would give the district about $16 million per school year in state aid.

Students in District 104 return to classes next week.

“It’s very concerning that we’re still not certain about school funding this close to school starting,” he said Monday.

He said District 204 doesn’t rely on state aid as much as some districts, but it still affects everyone in the state.

“This definitely affects all taxpayers in Illinois,” he said. “We all are uncertain about the future. I trust that the people in Springfield will do what needs to be done.”

In Willow Springs School District 108, Supt. Frank Patrick said “the financing system in this state is broken and needs to be fixed.”

He said Senate Bill 1 was a good replacement for the current system.

He said he was grateful that the Senate voted to override Rauner’s veto, but was skeptical the House would be able to do the same.

“I’m hopeful the House will do its part,” he said. “But I don’t know that (Speaker Mike Madigan) has the votes to override the veto.”

He said that District 108 would be able to operate for a time if the veto stands and state aid dries up for school districts.

“We can go for some time without state aid, but other districts cannot.”

He said District 108 was in line for a small increase in state aid if the veto is overridden.

Argo High School Supt. Jill Kingsfield was hesitant to comment about the veto because there are many unknown factors to consider.

“We won’t know how it impacts us until the House votes. It’s too early to tell,” she said before Monday night’s school board meeting. “As far as this will impact us, I’m not going to know until I see the numbers.”

“I do know not getting the general state aid payment a few days ago, and not getting the one we’re supposed to get in a couple of weeks, if we don’t get those payments, then we’ll have to talk about what it means for us. But we won’t be impacted like the downstate districts. They don’t have the property tax (funding) we have,” Kingsfield said.

She handed board members copies of the statement from the Illinois Association of School Administrators.

The organization, based in Springfield, is pleased the Senate overrode Rauner’s amendatory veto, but notes “it will take a bipartisan vote to override the AV or quickly reach a reasonable compromise.”

Indian Springs District 109 Supt. Blair Nuccio said, “What’s irritating is that the money is there. We were all happy when the budget was passed. Now we need a conduit for the money to get to the schools.”

“The ones who suffer are the kids,” he said. “We’re lucky we were able to open our doors on time.”

“I’m hoping the House will override the veto.”