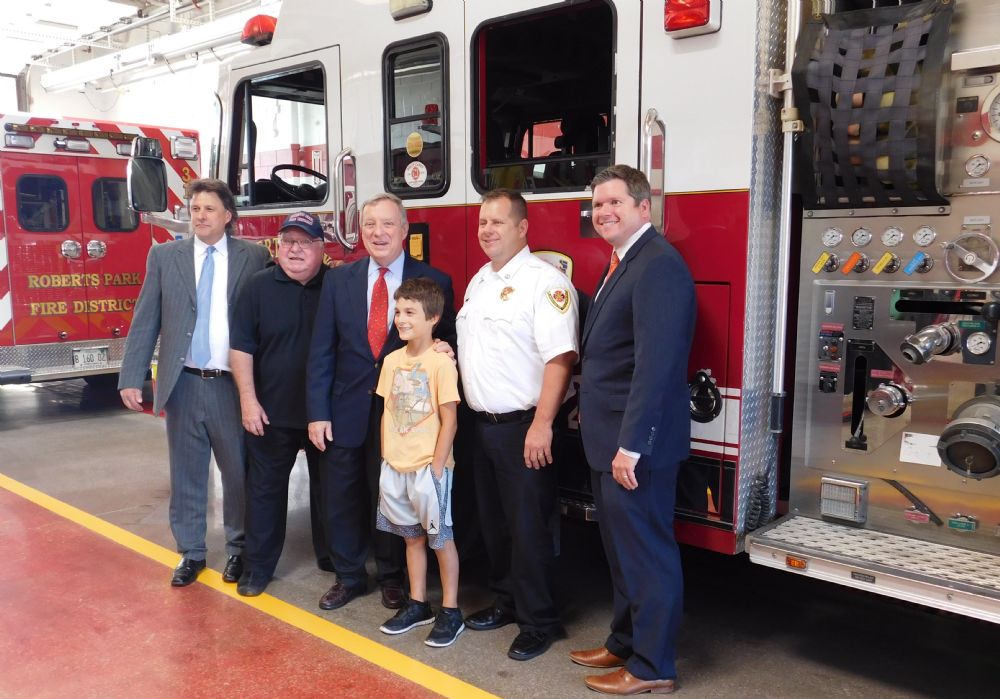 The Roberts Park Fire Protection District grew in size in April when voters in Justice who were not already covered by the district approved a proposal to be annexed into the district.

In July, the district learned it had been approved for a federal grant of $570,000 to help pay for three new firefighters.

“The grant will help pay the salaries of three new full-time firefighters for three years,” said Fire Chief Jeff Ketchen on Friday. “After that, I’ll have to pay for their full salaries.”

The federal grant was obtained through the Federal Emergency Management Agency’s Staffing for Adequate Fire & Emergency Response Grant program and the U.S. Department of Homeland Security.

The grant program provides federal funds to fire departments and emergency medical service organizations in order to improve the response capabilities of our nation’s first responders and the safety of our communities.

“The grant is a tough one to get,” said Fire Trustee Steve Stratakos. “Every little bit helps and we make every effort to get any money that is available.”

He said the district has several grant applications out at any given time.

“Right now, we also have grant applications out for a new fire engine and air packs for the firefighters.”

Fire Trustee Richard Berkowicz said running a fire department is an expensive proposition and any grants are welcome.

“It takes money to make money,” he said.

U.S. Sen. Dick Durbin (D) stopped at the district’s Fire Station 1 at 8611 S. Roberts Road on Friday to visit the firefighters and congratulate them on winning the grant.

“Our nation’s firefighters and first responders are called upon day after day to protect our citizens,” Durbin said. “As these brave men and women put themselves in harm’s way, we must ensure that they are fully staffed and equipped with the best training and tools possible.

“I’m proud to fight for funding that will support our first responders in Justice, Hickory Hills and across Illinois.”

The district headquarters is in Justice and covers all of that village, a majority of Hickory Hills and some unincorporated areas in Cook County.

The district has 17 full-time and 35 part-time firefighters. The district responded to more than 4,000 calls last year.