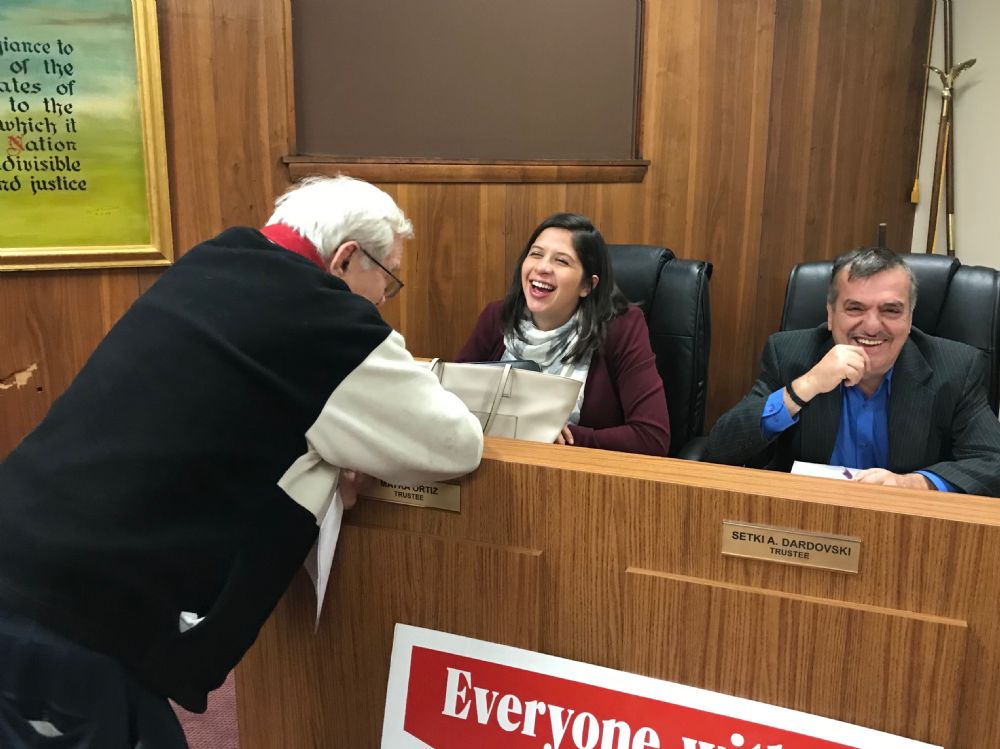 The Summit Village Board is moving forward with several infrastructure improvements.Ê

The board unanimously voted Oct. 16 in favor of a contract for improved crossings near schools and elsewhere. Summit will pay Mark-It Corp., based in Romeoville, $7,630 to install the markings across the streets. Ê

Mayor Sergio Rodriguez said the bright yellow stripes on the streets will be elevated a bit. ÒThey’ll make them fresh, brand new. Not just by schools, but all around the community.” Ê

The board also approved trading one empty lot for another along the north side of 63rd Street.Ê Ê

The village owns two empty lots where a former dry cleaner business, since demolished, once stood. It traded a third lot for one owned by the Dineff Family, Rodriguez said.

Next for Summit is working on how to best develop those empty lots. Ê

The board awarded a contract for the 2017 LED Arterial Street Lighting Conversion to Utility Dynamics Corp., based in Oswego. The contract is for $185,652 and will result in the bright, more economical LED street lights on Archer, Harlem and 63rd Street. Ê

The board also approved paying $146,095 to A Lamp Concrete Contractors Inc., based in Schaumburg, for 2017 alley paving. Ê

Fire Chief Wayne Hanson said free smoke detectors are available from the fire department, and they will be installed by firefighters. For more information and to schedule an appointment, call 708-594-3894. Ê

Rodriguez invited senior citizens to contact the village hall, 73421 W. 59th St. and register for a new leaf raking program. Members of area community groups will do the raking. Participants must be at least 65 years old and be the homeowner of the property.