November 22, 2017/Comments Off on Summit to buy fire engine from Tinley fire department 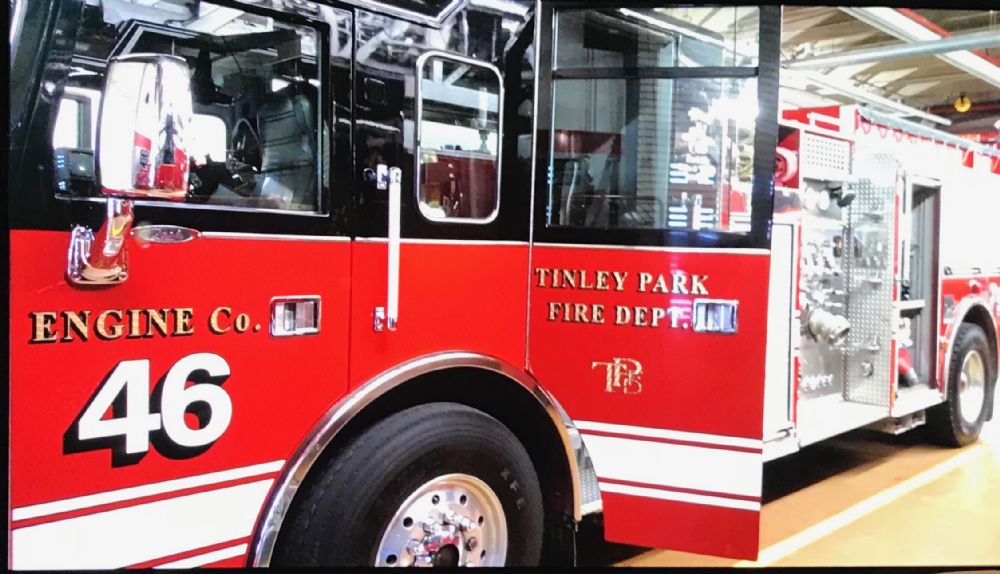 With a little help from his friends, Summit Fire Chief Wayne Hanson is enabling the village to save hundreds of thousands of dollars and have a newer fire engine.

When Hanson put the word out that, after being denied three times by Homeland Security, Summit was in the market for a good used fire engine, Tinley Park came to the rescue.

When Hanson learned from Tinley Park Fire Department Deputy Chief Steve Klotz that the price tag was just $35,000, he alerted Mayor Sergio Rodriguez. Right now, Summit does not have the $400,000 to $500,000 needed for a brand-new fire engine. But it can afford $35,000 for a used fire engine.

And considering that the current fire engine is a whopping 31 years old, it’s time for something newer, Hanson said.

Hanson pleaded his case Monday night, and it was a slam-dunk for village officials. The board voted 5-0 to send Tinley Park a $5,000 down payment on the used engine, which will be bearing the Summit name as soon as possible.

ÒIt’s a very good deal, after being turned down for three grants,” Trustee Aleco Julius said.

ÒWe’ll probably get $5,000 for our old engine, so this total cost will be $30,000,” Hanson said. ÒIt is 17 years old, but Tinley Park spends a lot on preventive maintenance and they have all the records and will throw in $10,000 worth of tools and ladders at no cost to us.”

ÒThis gives us some breathing room, something we can depend upon. That’s a positive for the village,” Hanson told the board. ÒDon’t get me wrong, $30,000 is a lot of money. But contrast that to $500,000.”

Maintenance on the current fire engine is about $50,000 a year, he said. That’s expected to reduce dramatically with a newer engine.

ÒThe vehicle is made by Pierce, which is kind of like the Cadillac of fire engines. When I was in Bedford (Park), that’s all we bought from. It’s one of the higher-end engines,” Hanson said.

Village Trustee Sam Dardovski called it Òthe deal of the century and we want to thank Tinley Park wholeheartedly for doing us this honorable deed.”

Mayor Rodriguez likes the savings and said he hoped to get many years from the Tinley Park engine.

Trustee Mayra Ortiz voted for the purchase, but wasn’t convinced.

ÒI was a little hesitant, but if it’s going to help save money É my question is ow quick are they going to bring in money for our old truck? Short term, I guess, it will alleviate the issue. We’ll see how it goes,” Ortiz said.

Hanson said the engine should be here as soon as possible.

In other business, the board approved a business license for Ideal Trailer Repair Inc., 7955 W. 59th St.

Because it lacked a cost estimate, the board tabled a resolution to authorize and support an application to the Illinois Transportation Enhancement Program for beautification to 63rd Street from Archer Road to 76th Avenue.

In the public comment section, a resident said the streets lights south of 63rd Street between Harlem and Archer often go out. Public Works Director Bill Mundy said Òit’s been an ongoing problem” and said an electrician was needed to correct it.

ÒReplacing the lights is great, but the control boxes are as old as the system,” Mundy said. ÒI promise we’ll have that one straightened out as soon as possible.”

Illinois’ bicentennial will be celebrated at noon Dec. 4 with the raising of a special commemorative state flag.

ÒThe governor has asked all communities to raise a special flag that day,” Rodriguez said. ÒThere will be other events throughout the year that highlight this event.”

The board also welcomed Argo High sophomore Abby Lopez, who finished sixth in the state cross country championship. ÒShe only picked up running this year, so that’s pretty amazing,” said Rodriguez, who ran when he was an Argo student and still runs for pleasure and exercise.