November 30, 2017/Comments Off on Fire displaces a dozen residents in Summit 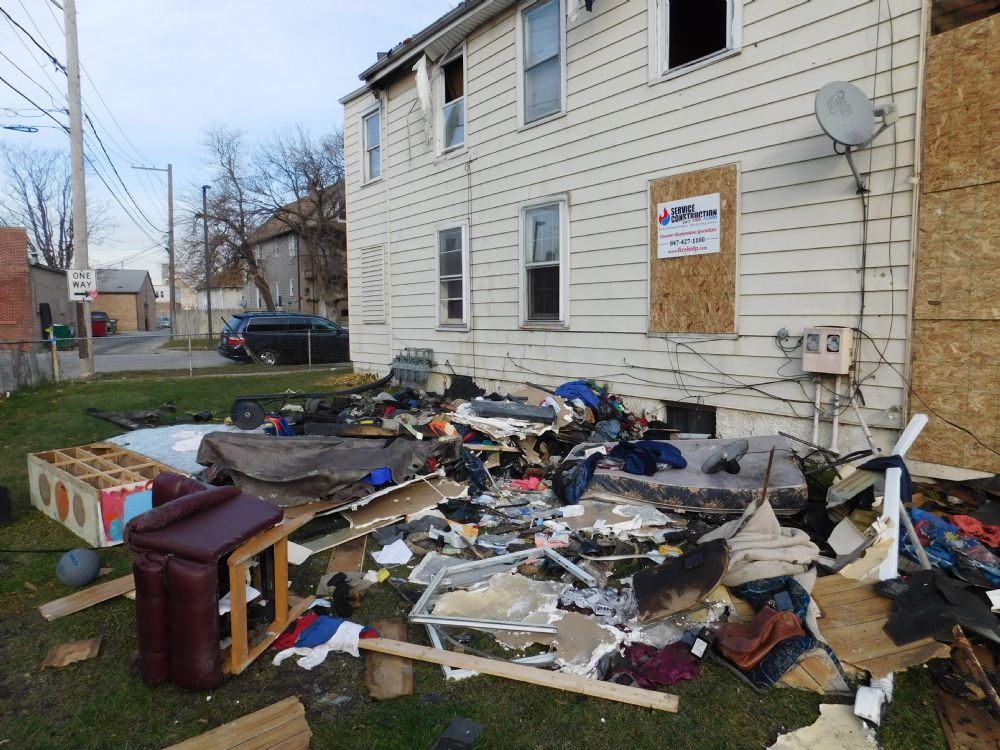 An early morning fire Saturday displaced 12 people from an apartment building in the 7600 block of West 61st Place in Summit.

ÒThere was heavy fire and smoke upon arrival,” he said.

ÒThe building was occupied at the time,” Hanson said. ÒAll 12 occupants made it out OK.”{{more}}

One resident was taken to MacNeal Hospital for smoke inhalation and a firefighter was transported for exhaustion. Both were treated and released.

The building had three apartments, Hanson said. The Red Cross was at the scene and provided emergency housing for the three families.

Hanson said the building will be considered a total loss.

ÒWe upped the call to a box alarm,” Batura said estimating as many as 45 firefighters were on hand to battle the blaze. The fire was called out at 6:30 a.m.

The cause is undetermined and under investigation, Hanson said.

Clemente Quesada told WLS-TV he realized something was wrong when he heard his neighbors screaming.

Carlos Hernandez, 13, and his mother picked through the debris in search of anything that survived the fire, WLS reported.

“To see it gone, all my stuff, what we’ve earned destroyed,” said Hernandez.