December 22, 2017/Comments Off on UPDATED: Bus driver charged with DUI while picking up students at Walsh School 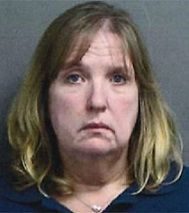 UPDATED: Bus driver charged with DUI while picking up students at Walsh School

Drunken driving charges are not that rare.

But it is an eye opener when the driver charged with driving under the influence is sitting behind the wheel of a school bus.

And it really grabs your attention when the woman who shows up to drive home special needs students has a blood alcohol content, or BAC, of nearly three times the legal limit, according to police.

Such was the case around 3 p.m. Dec. 20 when Summit police were alerted by officials at Walsh Elementary School, 5640 S. 75th Avenue in Summit.

According to a news release from the police, a bus attendant at the school Ònoticed something was ‘off’ with a bus driver and reported it to the principal.”

That principal, in turn, called the police.

Police said her blood alcohol content was 0.231, nearly three times the legal limit of 0.008, after she was giving a breathalyzer test.

He said they Òdid the right thing” by calling the police when the noticed the driver seemed impaired.

He added that none of the special needs students had yet boarded the bus.

Whalen said the driver was from RichLee Vans, based in Chicago Ridge. The company is part of the Cook-Illinois Corp.

Karen Kawa, 52, of Chicago Ridge, was charged with aggravated driving under the influence, police said.

A published report said she had been a bus driver for 10 years. A woman who answered the phone at the Cook-Illinois Corp. office on Tuesday said no one was in the office except the payroll department because of the Christmas holiday.