February 9, 2018/Comments Off on Dogs may have their day: Garfield Ridge Chamber plans pet parade 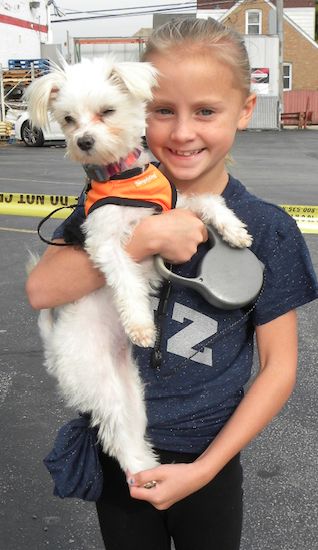 Chicago may soon get its first-ever pet parade, thanks to its business

the Garfield Ridge Chamber of Commerce announced Tuesday afternoon that they

plan to stage a pet parade in June, with an exact date and time to be

determined. Members said they anticipate it would be held at Wentworth Park,

unveiled at the chamber’s February meeting, held at Crossroads Community

Church. About two dozen chamber members were on handÑrepresenting a range of

from being a lot of fun, this is an opportunity for chamber members to get

their name out there in a positive way,” said GRCC President Mary Ellen Brown,

a driving force behind the idea. “It’s a way for the business community to support

of hands, at least two-thirds of chamber members at the meeting indicated that

will be there,” Brown smiled, as she mentioned her nine-year-old cocker

spaniel/cavalier spaniel mix. “She’ll want to be the grand marshal.”

the parade may be a relatively small event this year, “but it could grow and be

popular over time. If you look at the pet parade in La Grange, the turnout is

phenomenal. There is a huge number of pets and people there.”

hobby, doubted that his designer felines would participate in a parade, but

said that his chiropractic practice would be a part.

it could be good for the community, and I would hope to see animals other than

dogs participateÑmaybe a snake or a bird or a [leash-trained] cat,” he said,

take part in the fun.

Ed Kozak, not a pet owner but known to many as a man with a light-hearted and

colorful sense of humor, said he would certainly participate in some way.

be a lot of fun, and I would not want to miss out on it,” he told the Southwest

News-Herald after the GRCC meeting. “I don’t have an animal to bring, but who

knows what kind of animal-themed costume I might show up in?”

the GRCC hoped to enlist the support of 23rd Ward Ald. Michael R. Zalewski to

make the pet parade a reality.

by the Southwest News-Herald as the meeting progressed, Zalewski said he is

“totally supportive” of the idea.

is to have our free pet chipping program at the same time,” the alderman said

in a text message. “I’m sure our ward residents will enjoy it and participate.”

observed that he has owned dogs all his life, including most recently Ace, a

French mastiff. Before that, he and his family owned a shepherd and boxers.

Details about the pet parade and other GRCC events will be

announced in the weeks ahead in the Southwest News-Herald.

The next GRCC meeting is set for noon Tuesday, March 6 at

Crossroads, 5433 S. Austin. All chamber members, as well as other business

owners, are invited to attend.