May 2, 2018/Comments Off on Burbank schools ditch traditional classrooms 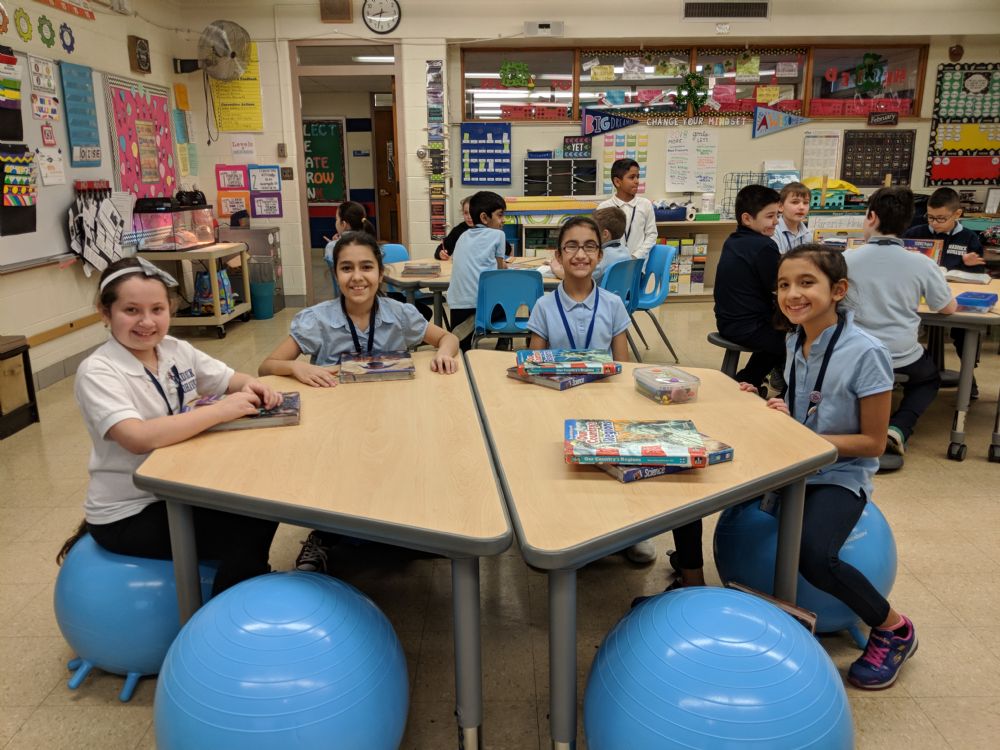 School District 111 in Burbank has decided to swap its

for its students from kindergarten to fifth grade.

and tables from Lakeshore Learning with names such as Wobble chairs, Balance

All kindergarten to fifth-grade schools in the district will eventually

make the switch, but the first ones to adopt the new flexible seating were Rosa

teachers the ability to quickly rearrange a room as needed.

“Our mission has always been to provide a

option is theÊwobble chairs. A lot of the kids have commented

how the wobble chairs actually help them focus.”

“We did this with a focus on the students,” said Dr. Shwkar

Abousweilem,Êprincipal at Rosa G. Maddock School. “We wanted to allow them

brought in the new flexible seats at the end of February.Ê

school,” said Welsh. “We televised the switchover to the whole building on TV.”Ê

to pick the seats that will work best for them; to keep the students more

motivated and engaged; and to increase the students’ attention span by allowing

Welsh and Abousweilem said the school board and Supt. Dr. Franzy Fleck

were solidly behind the switch to flexible seating.Ê

“Without his support, we would not have been able to implement this,” said

“The low tables are the most popular,” said Welsh.Ê

“They love them,” said Abousweilem. “The students all gravitated to what

they thought would work for them.”Ê

“This is absolutely the way of the future,” said Welsh.Ê

still want to use the traditional classroom format.