July 26, 2018/Comments Off on Upheaval at the top in Lyons School District 103; Superintendent, 4 principals replaced since June 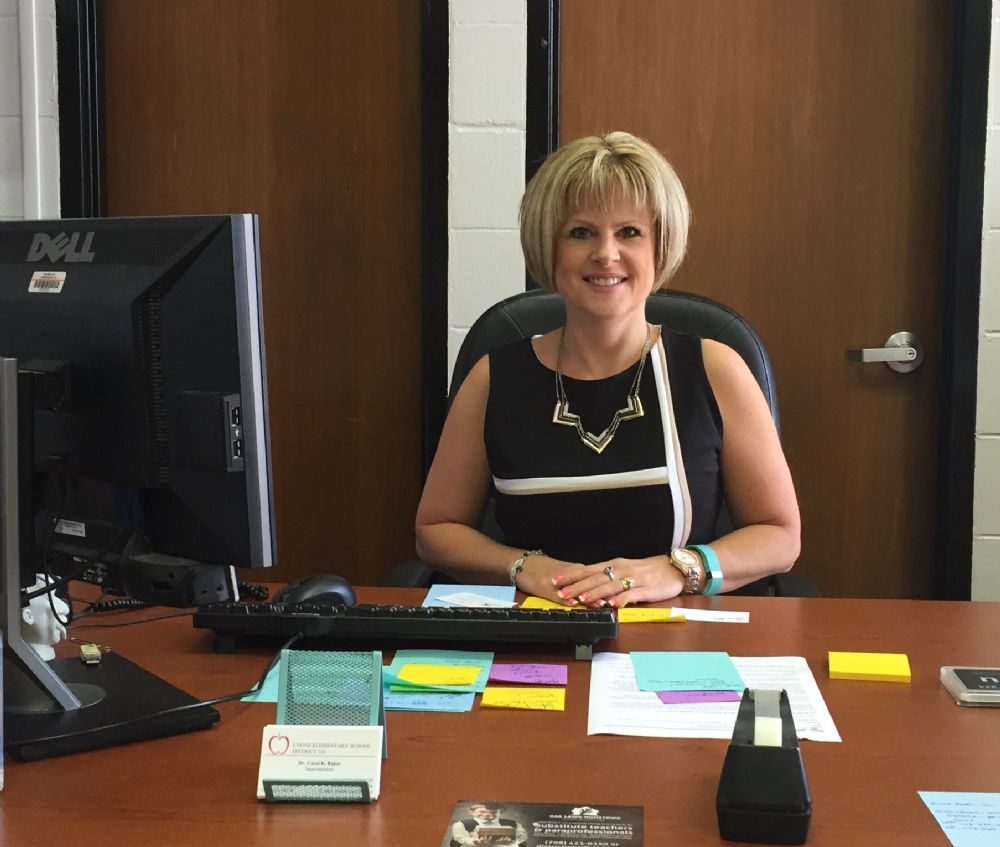 Upheaval at the top in Lyons School District 103; Superintendent, 4 principals replaced since June

Just two years after she was hired, and with one year left on her contract, Carol Baker is leaving the job of superintendent of Lyons School District 103.

Baker has been hired by Hinsdale Township High School District 86. She will be Assistant Superintendent for Academics/Chief Academics Officer, starting Aug. 1.

While personnel changes are not unusual in school districts, what is going on at District 103 is unusual, board member Jorge Torres said.

The district’s summer has been all about change as it has hired principals at four of the six schools, and now needs to replace Baker.

As for Baker, she walked a fine line, saying “a really great opportunity came across my plate, so I jumped on it.”

In reality, however, the school board and President Marge Hubacek had made it clear they would not renew her contract after the coming school year, forcing Baker’s hand.

“I was going into the third year of my contract. This is a way to not have to deal with that, if that makes sense, with whether or not they were going to extend my contract or not,” Baker said.

“It’s a resignation, mutually agreed upon, they (District 103) don’t owe me anything. I’m leaving under completely friendly terms. There’s no animosity. It is a really great opportunity. I think the board recognizes that, and we mutually agree it’s a great for me to accept,” Baker said.

Torres is one of three board members affiliated with Lyons Mayor Chris Getty. Those three and the mayor supported Baker. The other four newer board members, not linked with Getty, voted on not renewing the principals’ contracts. And they had no intention of extending Baker’s contract.

Baker “has done an excellent job,” Torres said, and is worthy of staying.

“It’s really uncomfortable because they do what they want to do,” he said of the board majority. “I’ve told them publicly this is a dog-and-pony show. The meetings go on for four hours.”

After last week’s village board meeting, Getty said, “It’s unfortunate they are driving out good people who are trying to improve this district.”

He said Baker was “a great leader” who won admiration from parents and respect from teachers.

“We have a struggling elementary school district that we’ve been working for years to improve. It’s unfortunate we have board members who want to go back to the way it was. It’s very difficult to attract young families to a community like ours when our school district is struggling. I’m the one who keeps pushing for improvements, so they say I’m politicizing the schools by getting involved. I’m not.

“It’s a no-brainer. Good schools make for good communities. I could pave our streets in gold and people will still skip over our community and live in the next community that has a better school district,” Getty said.

Asked about Getty’s comment, Hubacek said, “The deal for me is, do your job.”

“My loyalty is to District 103. No matter who brought them in, if you do your job, it makes no difference where you came from. There is no politics with the people who are on (the board) now, except for the three (members) who are backed by Getty.

“I didn’t vote to get rid of anybody based on who got them in,” Hubacek added.

Baker said she “loved my time in Lyons, loved the kids, loved the teachers.” She said Lyons reminded her of growing up on Chicago’s Southeast Side.

She had hoped Theresa Silva, who resigned as principal from Lincoln School, and Christopher Cybulski, who was not retained by the board as principal at Washington Middle School, would still be in their jobs.

Those are two of the four principals who have departed since the end of the 2017-18 school year.

Kim Ontiveros left as principal at Home School but remained in the district as the new director of human resources. Jennifer Bednarczyk was not retained as principal at Costello.

Hubacek admitted that votes sometimes are split between new and old board members.

“It’s no secret that (Carol Baker’s) contract was not extended. That’s true. Her contract ran through June 30, 2019. It’s based on job performance and the will of the board and evaluations, Hubacek said.

“I don’t have anything bad to say about her. It’s a benefit for her to go there,” Hubacek said.

Retired superintendents Patrick Patt and Robert Madonia will each work a half-year to replace Baker while a search is made to find Baker’s full-time replacement for the 2019-20 school year.

“Our job is to find the best people for the jobs,” Hubacek said. “At the end of the day, you have to do what you think is best for the kids.”

By JERRY NOWICKI Capitol News Illinois jnowick[email protected] This story is part of Capitol News Illinois’ coverage of the race for secretary of state ahead of the Tuesday, June 28 primary. We’re reaching out to all of the candidates this week to discuss their policy positions and plans for the office should they be elected. Chicago…