November 8, 2018/Comments Off on Cook County Board: Morrison hangs on against Rashid in 17th District 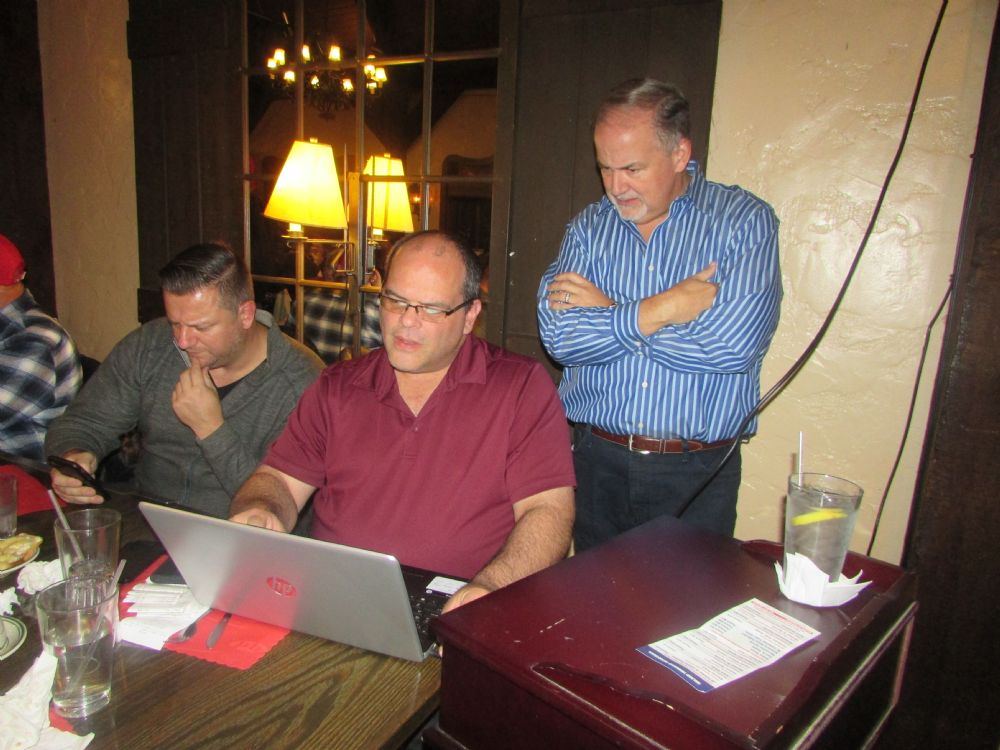 Cook County Board: Morrison hangs on against Rashid in 17th District

Clerk David Orr’s office. The numbers are close enough that there could

On Tuesday night, the candidates were both closely watching the results

at their respective Election Night partiesÑRashid at the Pita, Pita

restaurant on LaGrange Road in Orland Park, and Morrison at Hackney’s, a

few miles north in Palos Park. Neither was ready to declare victory or

The 17th District includes all or parts of municipalities in the

“Today, we dominated 25 precincts in Orland and Palos,” Rashid told a

cheering crowd of supporters. “It’s not over yet. Every vote should be

counted and we’re going to make sure that they are. We need all mail

ballots and provisionals counted to see how close this race really is.”

“We always knew this would come down to the wire and it has. We took on

how far we have come,” said the candidate, a Harvard University

David Orr to run for his first elective office.

Morrison, who also serves as the Republican committeeman for Palos

Township, was appointed to the 17th District seat when Liz Gorman

resigned in 2015. She was at his party Tuesday night, watching with

everyone else for the results to come in.

Taking a break from the computer screen for a moment, Morrison said he

didn’t expect the race to be this close, “Until what I saw was happening

with Democrats (winning) all over Illinois.”

“JB Pritzker spent $350 million on Democratic races across the state,

and I think we are seeing the results here,” said Morrison.

Worth Mayor Mary Werner was among the local officials at Morrison’s party.

sweetened beverage tax. That hurt a lot of businesses in Worth,” said

Werner. “He is one of the few commissioners who always look out for the

“I think the Democrats spent a lot of money on these races. But I am

Brannigan, who was nearby, watching the results projected on a wide

Brannigan herself has been a controversial figure for the past year. She

has apologized for comments made on Facebook that Rashid called

were coming into local schools, and Muslim immigrants weren’t

integrating into the community. But since the comments came to light

more than a year ago, protesters calling for her resignation or removal

The incident has been credited with getting many local Arab-Americans

politically active, and Rashid, the son of Palestinian immigrants, cited

it as one of many reasons for his candidacy. The deputy state director

for Sen. Bernie Sanders’ presidential campaign in 2016, Rashid said he

driven by his “passion for justice and fairness.”

Tarek Khalil, a supporter of Rashid, noted that the first

Palestinian-American woman, Rashida Tlaib, was elected to Congress in

Michigan on Tuesday. “But (Rashid’s) Palestinian-ness isn’t the only

reason we support just has the best policies for everyone.”

“No matter what happens, we’ve won already, if you think about it,” said

Dave Shalabi of Orland Park, another supporter, looking around at the

packed room at Rashid’s party. “Hundreds of people got involved in this

effort, and we raised funds from inside and outside the area. And the

In the other local Cook County Board race, Democrat Donna Miller running

unopposed to win her first term as commissioner of the 6th District.

Commissioner Joan Murphy when she died in 2016.