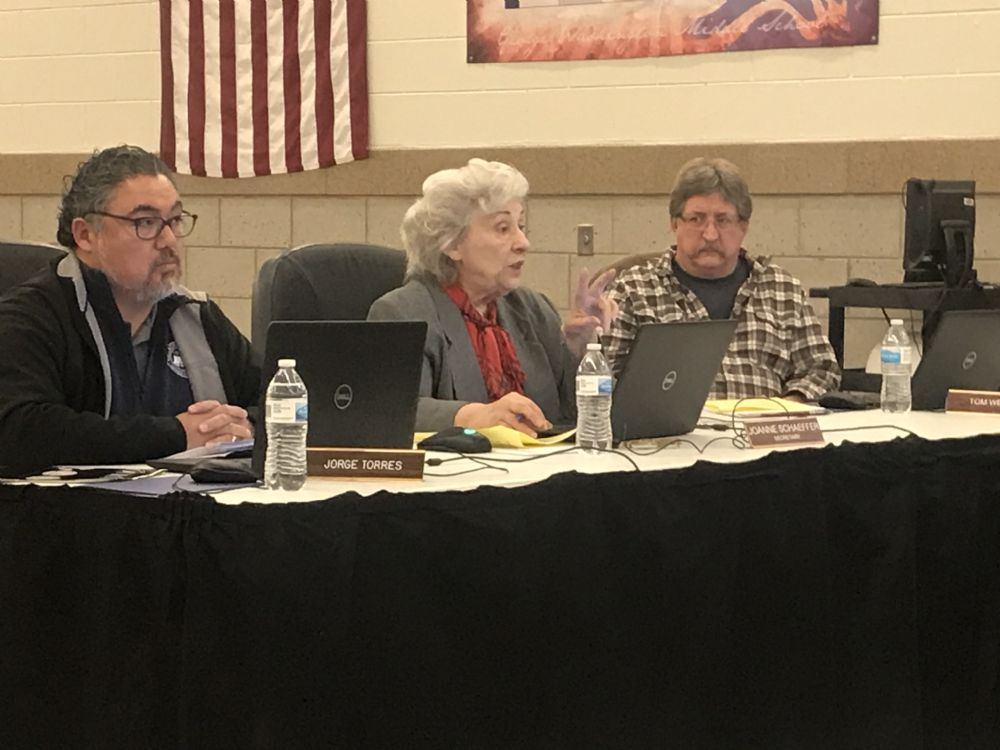 It didn’t have the overflow crowd of just two months ago,

No elected officials showed up demanding changes be made.

No Chicago TV reporters made breathless reports from “an

But Monday night’s meeting of the Lyons School District 103

board had the same hot topic: What to do regarding Rodriguez, a sixth-grade

At the meeting of Oct. 22, a host of elected officials made

impassioned pleas for the board to fire Rodriguez over an incident last year.

times after a traffic altercation in Tinley Park. He is out on bond and

In the end, it wasn’t the fact that Rodriguez had been

has him unemployed again.

“He misrepresented himself on his (job) application,”

“They ask very specific questions, and one is, ‘Have you

ever been released or terminated?’ And he was in Cicero in February,” Patt

Elected officials were appalled that such a person would be

hired by the school district.

School officials, on the other hand, said all the proper

checks and balances had been made, save the one that, in the end, led to

Rodriguez losing his job in Lyons.

Then, after an executive session of just over 90 minutes,

the board Monday night voted unanimously to fire Rodriguez.

Rodriguez and his attorney, Eugene Keefe, attended the

executive session, Patt said. Keefe did all the talking, board president Marge

Unlike October’s loud meeting, there were just a handful of

They had either been tipped off, or knew how to read between

the lines to know what was coming.

The cryptic “A Non-Tenured Teacher Discharge” was listed as

an action item near the end of the agenda, just above “adjournment.”

Board members reconvened after the executive session and

his duties. He had been on paid administrative leave since October, Hubacek

Rodriguez was fired because had had not disclosed on his job

application that he had been fired by a Cicero school district, officials said.

The board is typically not told of an applicant’s arrest

history, unless they are convicted of a crime, trustee Shannon Johnson said.

And that’s something she’d love to see changed.

“He should have never been hired. The removal was

inevitable. Had he been honest and disclosed on his application (about losing

his job in Cicero) this would have never happened,” Johnson said.

“I’m very upset about the whole thing. When we have a

teaching license, we do the initial background check, fingerprinting, everything

else. If you are charged, there should be something saying, ‘Hey, this is

pending, but nothing has happened yet.’ How are we to know?” Johnson said.

about criminal charges against job candidates.

“There’s no safety net for us. There needs to be a safety

net. I’m a teacher (in Glencoe) and think I would deserve to not teach if I was

accused of something like that. There needs to be legislation passed because

was because “we had to go through the proper procedures, the protocol.”

Hubacek said she was relieved the ordeal was over.

“We’ll take a look at what happened, but everything came

back the way it should have,” Hubacek said.

Board member Jorge Torres, who, along with Lyons Mayor

action was needed “because of a negative image for the school.”

“I was very surprised (by the shooting incident),” Torres

said. “Of course, I feel better for the school district.”

Rodriguez will collect no more paychecks from the district

because he has been fired, Hubacek said. He had been on paid administrative

leave since October, she said.

clearer disclosure practices for Illinois teachers after Rodriguez was allowed