January 10, 2019/Comments Off on District 103 candidates distribute supplies to students 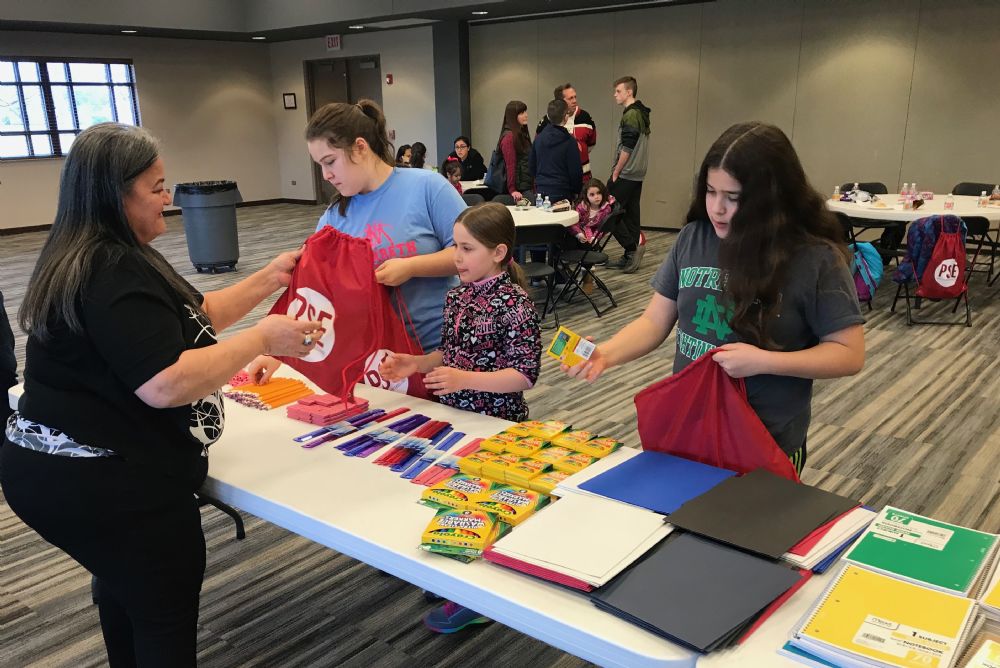 in the April election.

They gave away supplies during the meet-and-greet in the

“We’re here as an introduction to our candidacy. We get to

see our friendly neighbors and the parents who want to make a difference,” said

Quintero, who has a fifth-grader at the district’s Home Elementary

Rodriguez, whose children are grown, said that “with the

kids being out of school for two weeks, this is perfect.”

to instill that in children,” she said.

Campanile was happy to be busy distributing book bags,

Campanile’s candidacy “all started when I first caught wind

of the teacher who was hired who has had some problems in the past.”

He’s referring to the teacher, fired in December, who had

“I have granddaughters growing up in this school district,

and I’m concerned,” Campanile, of Brookfield, said. “I’ve always been up to

step up and make a difference and that’s what I intend to do.”

Torres currently finds himself in the minority on the board

of “failing” to protect the safety and interests of the children, and making

the board more accountable to parents.

“We should let our professionals do what they do best, what

they are paid to do. The reason why I’m running again is our community is not

in the loop on a lot of things. People don’t have the luxury to attend a

four-hour (board) meeting to learn about the district,” Torres said.

Each candidate took time to visit with parents during the

event. One of those parents, Lyons resident Josephine Giampietro was glad she

came. She has a 9-year-old in the school district.

“This is great. Really good. Comes in handy, especially when

the kids like to do crafts at home. It was nice to meet the candidates, too,”