January 17, 2019/Comments Off on Election challenges fly in Moraine Valley board race 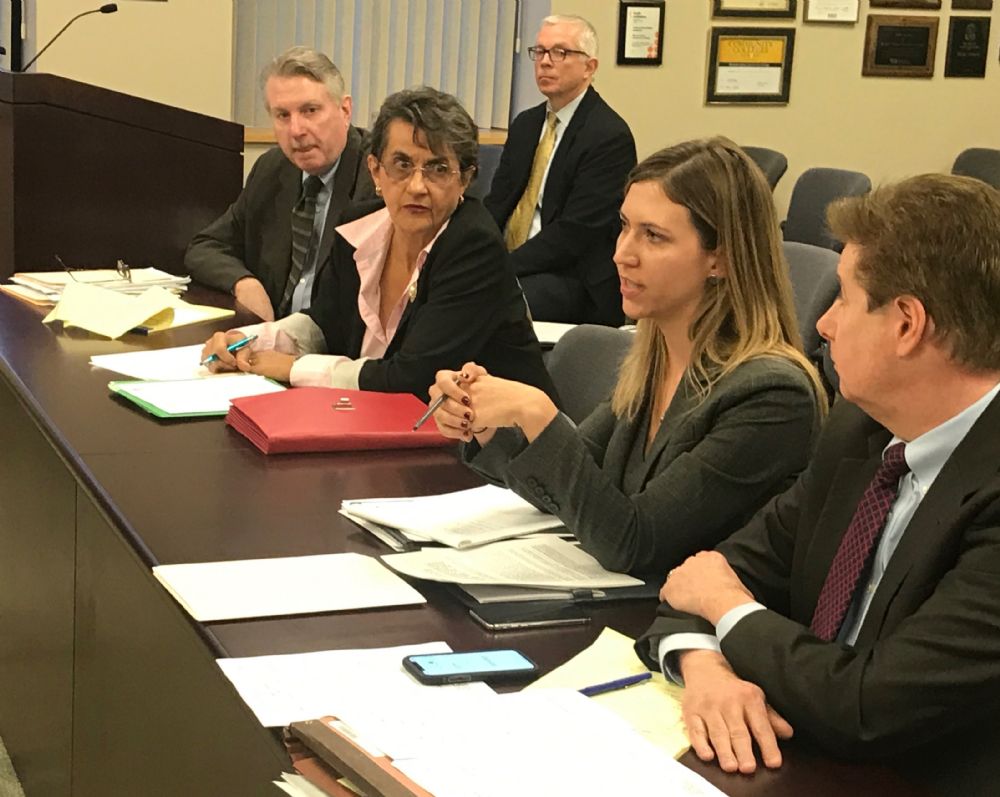 An election challenge of five candidates for the Moraine Valley Community

College board appears to be politically motivated, said one candidate.

Joseph Murphy, an 18-year incumbent whose candidacy is one of those

targeted, said the challenges are “a big power play by (Orland Hills Mayor)

Hastings on Jan. 8 said he has nothing to do with challenges made by a

A preliminary hearing on the challenges was held Jan. 7 in the MVCC board

room. The challenges will likely be settled this week.

Lawyers for both sides – along with two candidates representing themselves

– agreed to the 1 p.m. hearing on Friday, Jan. 18, suggested by board attorney

The objections were filed by Craig F. Schmidt, a former Orland Hills

According to the Illinois Public Schools Database, Schmidt earned $124,001

Schmidt is no longer employed by Orland Hills, Hastings said.

“He’s retired. I do know he follows politics very closely. And, he’s up to

date on many things, like a lot of people in the south suburbs are,” Hastings

Asked if he had told Schmidt to file the objections, Hastings replied: “No,

I’m not that smart.”

Those five are running for three six-year terms on the board. Murphy and

Wagner are up for re-election. Incumbent trustee Eileen O’Sullivan is not

There are eight in total seeking the six-year terms. The other three

candidates, according to nominating petitions obtained from MVCC, have ties to

Schmidt is the notary public on nomination petitions filed by Bernadette

Barrett, Beth McElroy Kirkwood, and Jaclyn O’Day, none of whom he’s challenged.

Last week, Murphy said Hastings was trying to take control of the board by

having the five not affiliated with him removed from the ballot.

“He’s got his daughter (Kimberly Hastings) there already. Two years ago,

he got his assistant village administrator, Brian O’Neill, elected to the

“What he’s doing is he’s shooting to pick up more seats,” Murphy said.

“Kyle has been very involved with this. He hand-delivered the petitions for the

candidates he is running.”

his people elected to the board, or trying to have others removed.

“I don’t think they’re my people,” he said “They’re representative of

representation of the district.”

“They’re all highly qualified people,” he said, “and I hope they’ve all

filled out the paperwork properly in order to stay on the ballot.”

Signatures on the challenged petitions will be reviewed- sometime before

“The sad part of this,” Joe Murphy said, “is you’re proven guilty until

you are proven innocent. They’re saying signatures (on petitions) are

Schmidt did not attend the Jan. 7 hearing. His attorney, Jim Nally, said

challenge in the election code.”

“I don’t know if he’s picking on them. He’s making sure their nomination

papers comply with the law. Many citizens file these complaints. There are 153

objections filed (for the April election) in Chicago. It’s a right any voter

“The legal issues there are full and partial terms. You have to specify

what you’re running for, the full or partial. Their nomination papers don’t

specify and the vacancy and under the law they’re required to do that,” Nally

paperwork out properly, that’s what I hear.”

Ehlers, a retired chiropractor, decided to run because she has concerns

“With the college not lowering tuition, no longer hiring full-time

Murphy enjoys being on the board, noting the new recreation center and

other physical improvements to the campus during his tenure.

“In 18 years, I hired one person. That’s the president. I’m not over there

to get my brother (or) my cousin a job,” Murphy said.